In terms of styling, the 2015 Harley-Davidson 883 Roadster is an undoubted piece of remarkable styling. The main attraction on the motorcycle is its fuel tank which has been specifically designed with the blocks from racing flags. And, above that it comes along with 883R and a badge of Harley-Davidson, which gives this motorcycle a complete roadster look. 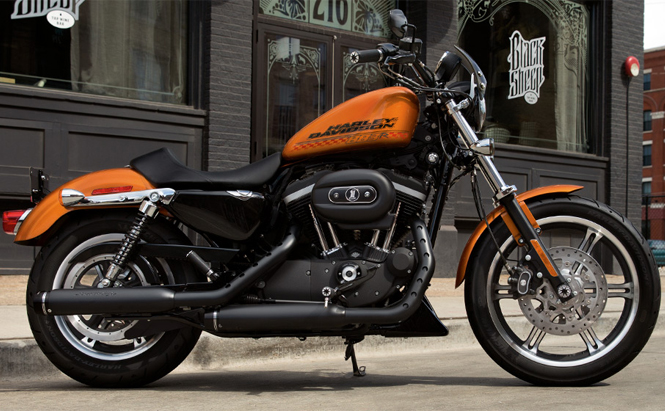 Talking about the technical features of the 883 Roadster, it is powered by an air-cooled, Evolution V-Twin machine, which gives an engine displacement of 883cc. The power plant is mated with a 5-speed transmission and the motorcycle produces 70Nm of torque @ 3,750 RPM. The braking system has been taken care by ABS as standard with a dual-piston caliper with dual rotors at the front and single at the rear. The wheels of the motorcycle sports 13-spokes cast aluminum rims catered by Michelin Scorcher. The analog dial includes LCD integrated function in the single-gauge cluster while the analog dial to show the current speed and by using the trip switches, the rider can set the LCD screen to display the gear position and revolutions. 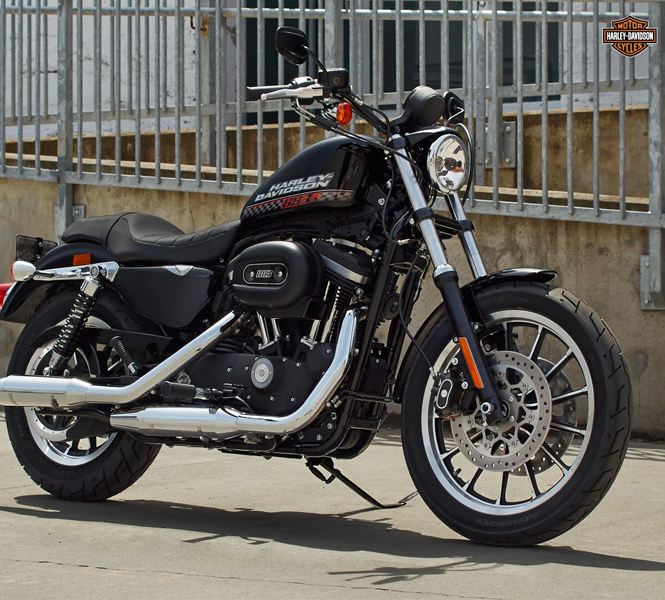 The Harley-Davidson 883 Roadster has been painted with chrome; the engine receives a nifty matte black color coordinating with rocker covers and motorcycle's cylinders. The top cherry over the cake is the oval-shaped air-intake, which is placed just below the fuel tank giving this motorcycle an iconic look. The motorcycle weighs 265kg (585 lb). The all new 883 Roadster is making its appearance only in some international markets such as South Africa or Germany. The Harley-Davidson 883 Roadster in Germany is priced at €9,645 (12,670 USD).