The most awaited 2016 Honda CBR150R facelift details of the Japanese firm have been leaked online via Indonesian motoring website Cicak Kreatip. The details has been leaked from the spy images of a presentation of the Honda’s stable. The spy images reveal the updates which will be implemented on the updated CBR150R. 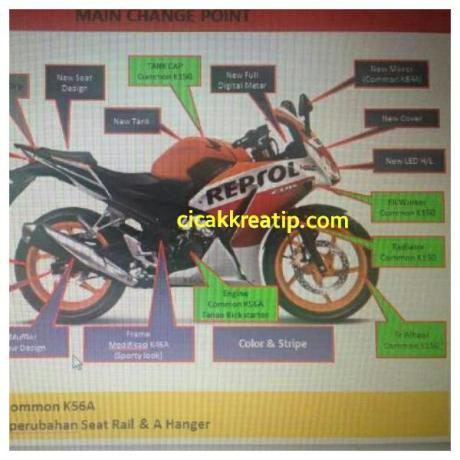 As per the leaked images, the 2016 Honda CBR150R will be furnished with 12 changes on the new models in comparison to the current model. The updated one will get a complete new fully digital instrument console and a new LED headlamp.

Cosmetically, the motorcycle will receive cosmetic tweaks to give it a completely new and refreshing look. The components encompasses the twin headlamp assembly with a pair of rear view mirrors mounted on it, fuel tank with the whole new body graphics containing fairing to give it a sharper aerodynamic and eye catchy look. Apart from this centre cowl, rear seat, tail lamp, exhaust, grab rail and swing arm will enhance the styling and performance of the motorcycle. 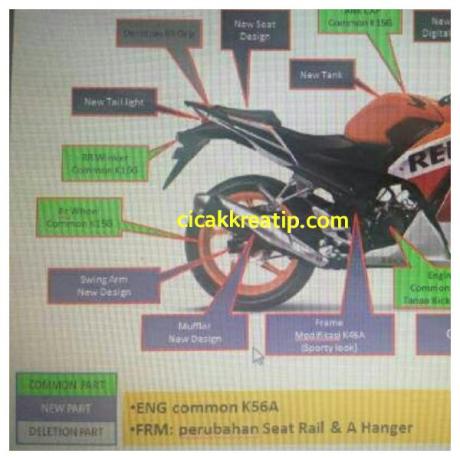 The power dynamics of the new Honda CBR150R have remained untouched, the sports bike will draw the power of 17 bhp at 10,500rpm and torque of 13Nm at 7500rpm from the same 150cc, liquid-cooled, single-cylinder motor.

The facelift CBR150R is anticipated to be launched in Indonesian market this year. The facelift version will definitely be replaced the existing model of the Honda CBR150R and expected to support the Euro 4 emission norms which is likely to be implemented by the year 2017.