An upcoming street fighter from BMW Motorrad which is anticipated to be called 2017 BMW S1000R, has been spotted closely while parked at the Oschersleben track in Germany. The latest BMW S1000R is scheduled to make its official debut at the INTERMOT Show in October this year. Apparently look likes the current S1000R, but closer observation makes you believe that spotted model is wearing subtle changes both visually and mechanically. 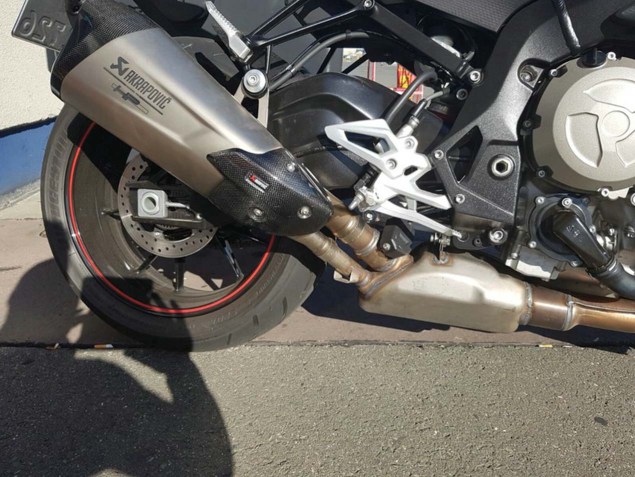 From the images, the considerable revisions on the motorcycle include reworked radiator cover for improved airflow, refreshed headlamp assembly and prime change in the queue is the slightly tweaked chassis rooted to the 2015 S1000R. Apart from this, it also received a quick shifter of the latter mentioned, accompanied by auto blip. Revamped exhaust system with the Akrapovic one, which can be wrapped with a new exhaust muffler in future .

On mechanicals, if any refinement has been made by the auto major. It would not be evident to the naked eyes. Though, the assumptions are it might have gone through the alterations on to the components like cylinder head, intake camshaft, and valves to comply the stricter Euro IV emission norms. 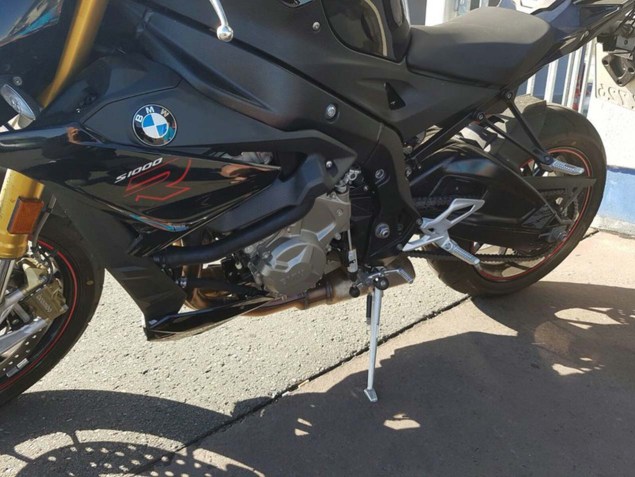 You may also like: BMW Electric Scooter C Evolution Gets Battery-Package From The i3

Optically, the snapped forthcoming BMW S1000R prototype seems ready to go on production lines soon. Surfaced rumors suggest that BMW might confirm the re-introduction of this revised iteration in India by the end of this year. And its India launch is expected to take place sometimes in the first quarter of 2017. Post its launch, it will head to head with the likes of the MV Agusta 1090 Brutale and the Aprilia Tuono V4 1100.