2017 Honda Civic Hatch Spotted, Will Soon Come to US

Good news for the audience who witnessed this year's Geneva and the New York auto shows that displayed the prototype of the much-anticipated Honda Civic Hatch. The production variant of the car is quite identical to the original framework. The next-generation hatchback has been captured by the spy photographers in the European Alps. Perceiving the spy images, it seems that these cars belong to the entry or mid level range.

Powering the car is the Honda's new generation 1.0-liter and 1.5-liter VTEC Turbo gasoline engines in which the erstwhile churns out 120BHP of power and the last-mentioned offers 174 horses, which is presently available in the US-spec Civic sedan. An improved version of the current 1.6-liter i-DTEC four cylinder diesel engine that produces more than 120BHP is going to be packed in the European-version.

Coming over to the images again, the new five-door looks as if it uses the identical front fascia found in the recently launched sedan in Australia possessing full-LED headlights with winged chrome grille edges. The rear end has been extended shorter than its sedan sibling. Basically, the styling includes a huge LED taillight that is combined with the car's rear spoiler. 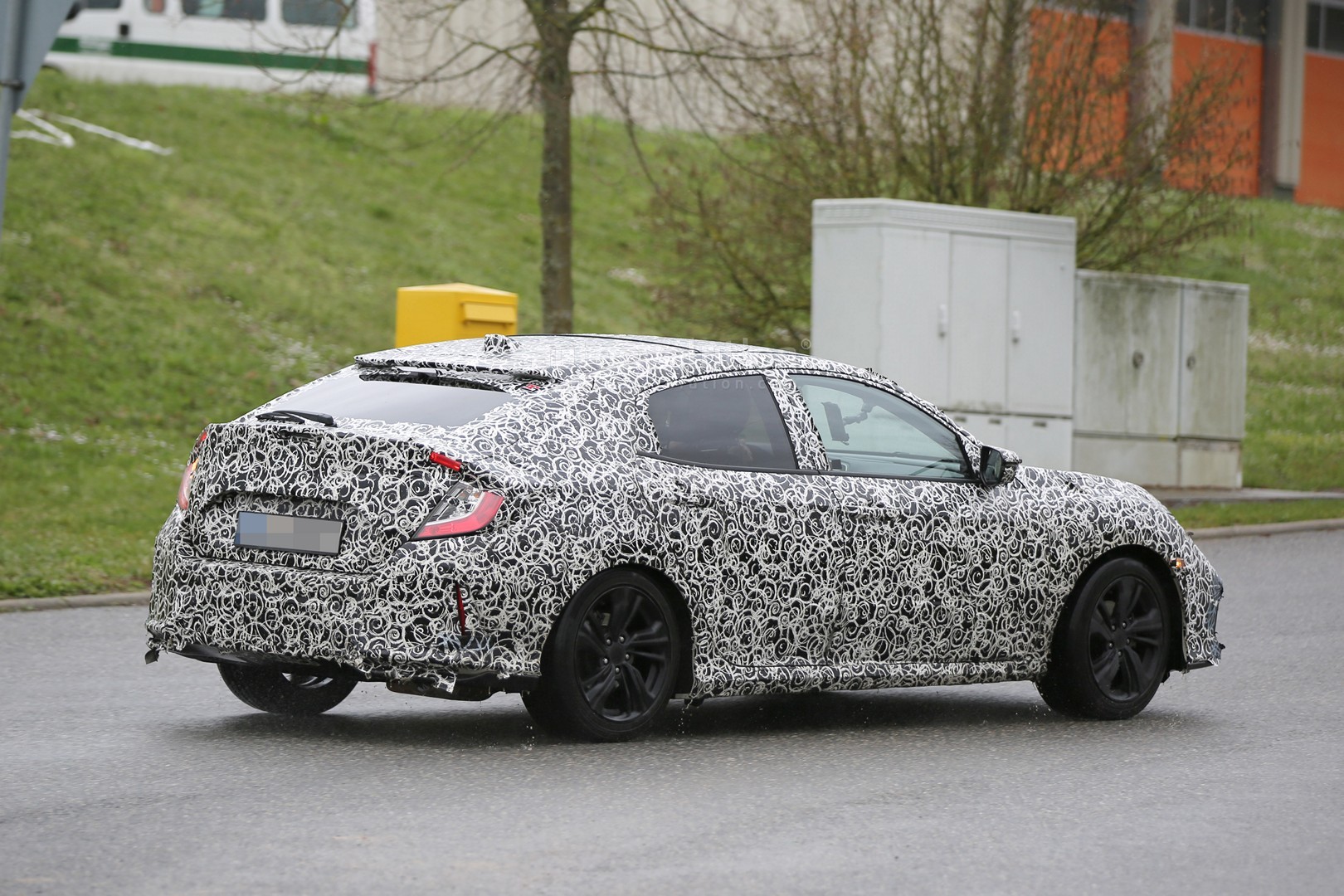 It is being said that the 10th-gen Civic hatch will be manufactured at Honda's UK Swindon plant for the markets worldwide. Anticipations are there that the 2017 Honda Civic Hatch would make its debut at the Paris Motor Show during early October.