As seen in convertible models, the electrically adjusted soft roof can be brought up and down under 12 seconds at a top speed of up to 10 km/h. Along with some cosmetic changes, the car has also been furnished with the central roof panel in either a piano black shades or exactly same as the chassis color. 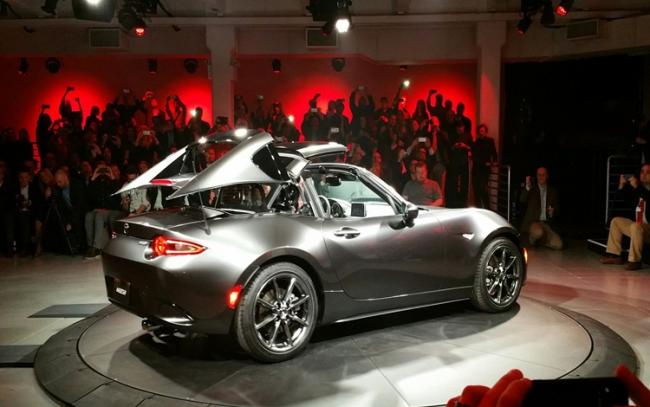 With the information available, this new generation model has been decorated under machine grey paint, which is first of its kind in the lineup. Besides, the carmaker has also updated some of the performance features such as suspension and steering system. Having all these attachments, the car will get propelled by the same 1.5-litre and 2.0-litre powertrain as its predecessor. For the transmission, the vehicle is likely to be mated with a 6-speed manual unit or might be coupled with an AMT gearbox.

Anyway, much details have not been disclosed yet, we will get to know more once the car gets launched officially in the market.

Mazda RX-9 Model to Get the KODO Design Posture
Views: 2297