The 2017 Triumph Street Triple recieves a new 765 cc in-line three cylinder engine as standard. The A2 version exercises a resleeved version of the aged 675cc mill with a displacement of 660 cc. 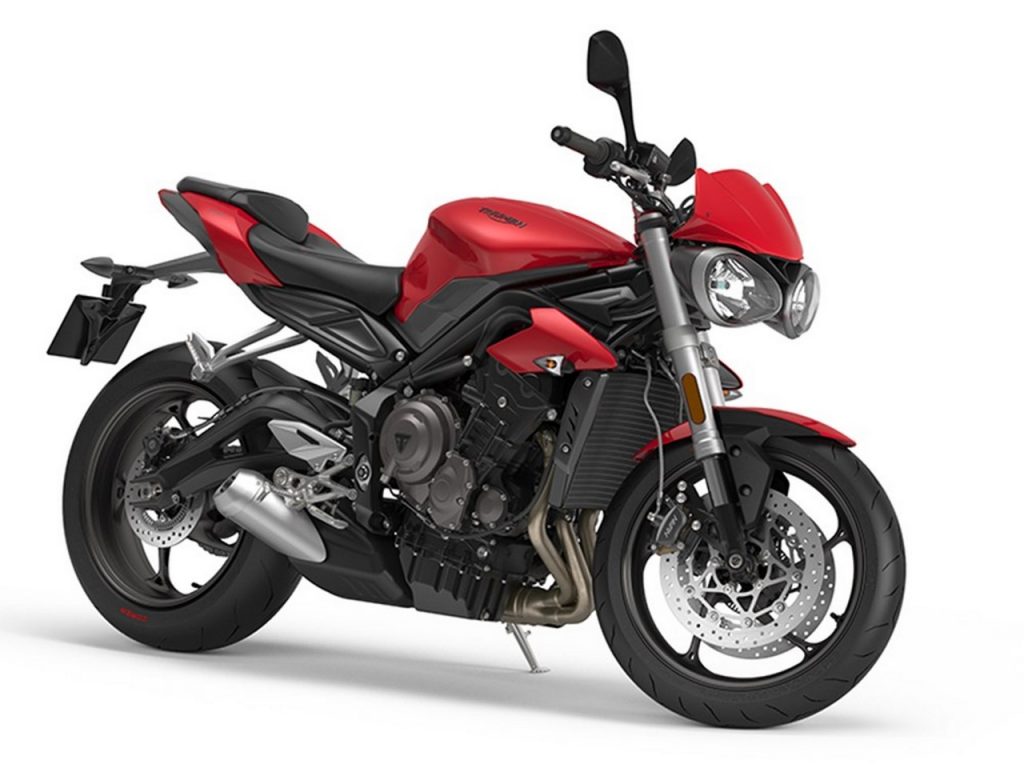 Mated to a 6 speed gearbox the Triumph Street Triple S’ liquid-cooled motor is capable of generating 113 PS of power at 11,250 rpm and 73 Nm of torque at 9,100 rpm. Comparatively, the regular model had an output of 106 PS of power and 98 Nm of torque. The suspension setup comprises a 41mm upside-down forks up front sourced from Showa and a Showa piggyback reservoir mono shock at the rear end with adjustable preload functionality.

While on braking end, the front get twin 310 mm floating discs with Nissin 2 piston calipers and a single 220 mm disc in the rear with a mono piston Brembo caliper. Moreover, it is featured with an ABS, two riding modes (rain and road), ride by wire, switchable traction, and an analogue/LCD instrumentation borrowed from the Triumph Speed Triple. The A2 iteration of this model advances a different bore and stroke, and the displacement is lowered down to 660 cc.

Whereas, the second trim, Triumph Street Triple R is blessed with a 765 cc engine which is coupled to a 6 speed gearbox and slip and assist clutch. The said engine churns out 118 PS of power at 12,000 rpm and 77 Nm of torque at 9,400 rpm. A Showa 41 mm upside-down front forks with adjustable compression damping, rebound damping and adjustable preload and a Showa piggyback reservoir mono shock with adjustable spring preload (lock-rings), compression damping and rebound damping, takes care of the suspension duties.

Brakes get the 310 mm twin disc set up front and Brembo M4 32 four piston monobloc calipers and a single 220 mm with a mono Brembo caliper. An ABS and a switchable traction control is also provided as advanced safety equipments. 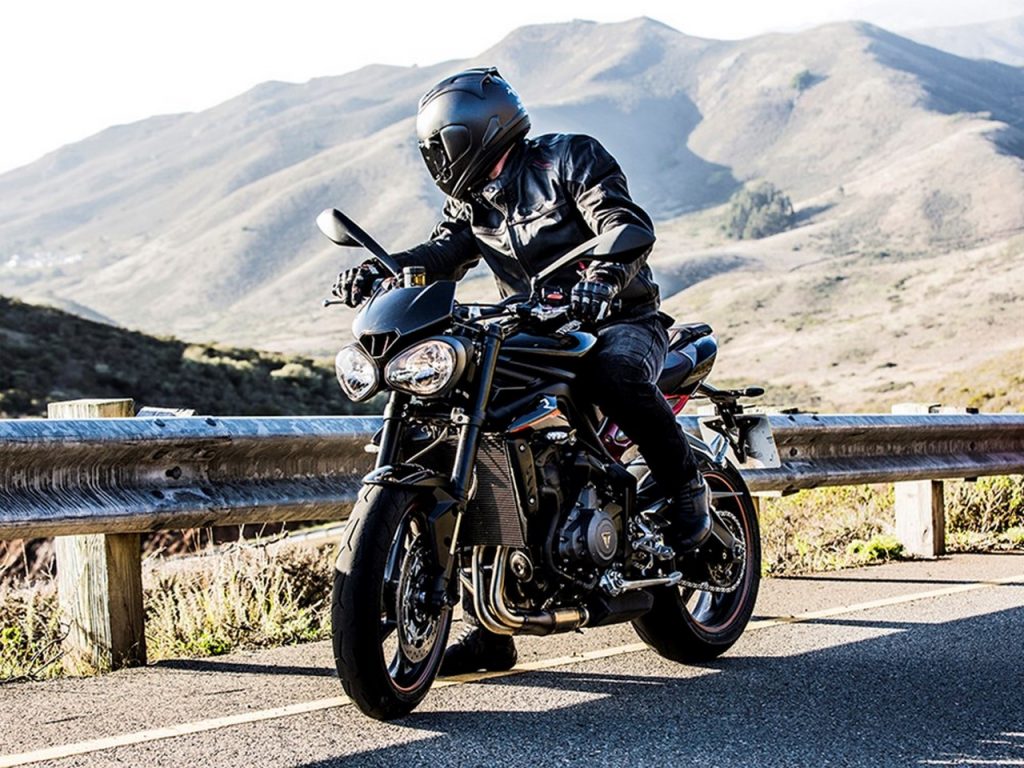 Other noteworthy features include the DRL headlights, a new 5 inch TFT display, body coloured fly screen, self-cancelling indicators, integrated air intake borrowed from the Triumph Speed Triple and pinstripe wheels. Riding modes feature get some improvement and now has been four from the last model include (sport, road, rain and rider).

The Price of the Triumph Street Triple R has not been revealed yet and expected to announce later and the bike introduction will take place sometimes in May 2017.

A new low-ride version of the Triumph Street Triple R is also being unveiled which has a lower seat height of 780 mm, around 45mm lesser than the standard one. And the bike maker has done by adjusting the suspension height with applying any alteration on the cushioning end.