Mahindra Two-Wheelers has launched the updated versions of its Gusto range of scooters for the model year 2019. The 2019 Mahindra Gusto 125 and the Gusto 110 has received the mandatory feature of CBS (Combi Braking System) to comply with the new safety norms. The addition of this safety feature has increased the pricing of the scooters from INR 2,340 to INR 2,816 based on models. The variant wise pricing of the 2019 Mahindra Gusto is as following:

Mahindra has lopped off the variants lineup of the Gusto. The Gusto 110 which was available in the mid-variant the Gusto RX will be relaunched with the CBS feature. While the company has eliminated the low-specs Mahindra Gusto 125 DX from the existing product lineup.

Other than the introduction of CBS option, the Gusto models are continued to be featured with identical features and power options. Among the features, there are a height-adjustable seat, find-me lamps, remote flip key and guide lamp.

The Mahindra Gusto 110 is powered by the same 109.6cc motor of the previous version. The motor is rated to deliver 8.15PS and 9Nm of torque. While the Gusto 125 features a 124.6cc engine that is capable of churning out 8.7PS and 10Nm of torque. The power transmission takes place via a CVT transmission. 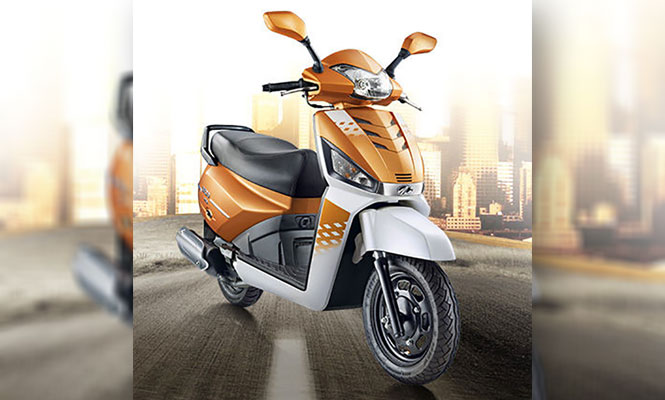 On the suspension front, both the scooters are equipped with telescopic forks up front and a mono-shock suspension at the rear. They ride on the 12-inch front wheel and 10-inch rear wheel shod up with tubeless tyres. The facility of more effective disc brake is not being provided even as an option. Instead of it, the company equipped both the scooters with the CBS technology.

Earlier, Mahindra Two-Wheelers  announced to discontinue its entry-level scooters and motorcycles so that it can focus on the premium segment. However, the relaunch of Mahindra Gusto with CBS indicates that the company is not willing to do so and would love to continue with the same.