Soon after launching the BS-IV (Bharat Stage IV) compliant Bajaj Avenger in India, the automaker had announced that its entire model range to be sold in India will come equipped with this said engine facility. Well, the company has started facilitating this features to its models and it can be seen with its new launches in the form of 2017 Pulsar RS200 and NS200. Both come fitted with an engine meeting the (BS IV) Bharat Stage IV emission norms.

Let’s first talk about the Bajaj Pulsar RS200, which is available in two new colours - Racing Blue and Graphite Black along with updated graphics. On the pricing aspects, the non-ABS trim cost INR 1,21,881and the ABS-integrated trim is priced at INR 1,33,833 (Both ex-showroom, Delhi). Some other noteworthy features are - liquid cooling, advanced technology fuel injection, anti-lock brakes (ABS), perimeter frame and twin projector headlamps. It has a company claimed a top speed of 141 km/h. 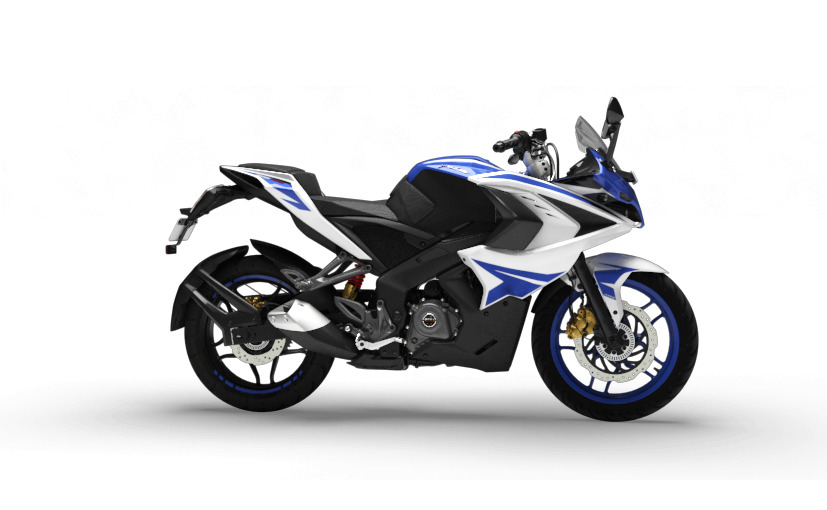 The Pulsar NS200, on the other side, also sports a new set of exterior color options – Graphite Black, Mirage White and Wild Red, with updated body graphics. The bike has been priced at INR 96,453 (ex-showroom, New Delhi). No such changes have been made to the powertrain and receive the same 199.5cc single cylinder liquid-cooled engine producing 23 hp and 18.3 Nm of peak torque. The same engine is also underpinning the RS200 and the KTM Duke 200.

Eric Vas, President, Motorcycle Business, Bajaj Auto Ltd said, "The 2017 range of Pulsar RS200 and NS200 gives the Indian motorcyclist the latest international technology in performance motorcycling. Bajaj is proud to lead the introduction of the most advanced motorcycling technologies in the Indian market. With our new 2017 Pulsar range, we offer discerning motorcyclists a combination of sporty responsive performance, high-quality finish, and unbeatable speed and handling that reaffirms the Pulsar's product leadership."