The Italian two-wheeler manufacturer which is in its second innings in Indian market with new in JV- the Hyderabad-based Mahavir Group, has mended its focus to the local assembling of products in an effect to generate major sales with aggressively priced models. A senior Benelli official confirmed the same by announcing future plans of investments in India on high localization.

In the mass market products’ category, Benelli is looking forward to introducing the BN 125 soon. The motorcycle will see the competition with ready to launch KTM Duke 125. It is the performance oriented motorcycle though with the most expensive price tag in India in 125cc engine displacement. The production of the BN 125 will be handled at brand’s new plant in Telangana, that is in setting up the process. 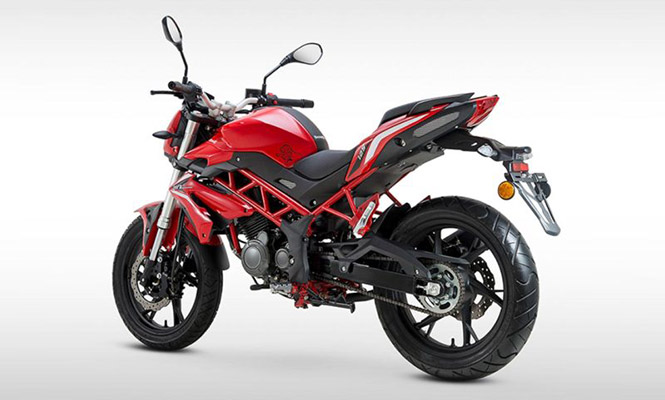 With an aim to cater to a wider range of audience, the company is planning to expand its product lineup with the introduction of a total of 12 new products in the 300 to 600 cc category. Also, the entry-level premium commuter segment is also the Benelli’s part of the plan.

The Benelli BN 125 is an entry-level naked motorcycle which debuted at the 2017 EICMA motorcycle show in Milan, Italy. All-new Benelli roadster packs a 125cc single-cylinder, air-cooled engine. Associated to a 5-speed gearbox, the mill is expected to develop 11bhp of maximum power and the peak torque of 10Nm. The underpinned chassis on the motorcycle is an identical unit from the elder BN 251, a steel trellis frame.

The suspension setup on the BN 125 comprises a 35mm upside down forks up front and adjustable monoshock at the rear. For braking, there will be a 260mm disc up front with three-piston calipers and a 240 mm disc at the rear. For rider aids, we could see CBS combi-braking technology. As it lies beneath 125cc in displacement.

Benelli India Dealership Network to Get 40 New Showrooms by This Year End
Views: 1033