Reportedly, the DSK Benelli Leoncino Scrambler could make its Indian debut next year if the sources are believed to be true. While the concept has been showcased earlier at the EICMA Motorcycle show held in Milan last year, nothing much has been heard about the launching details of the bike since then. Besides this, the other two dazzlers that were there on the floor as well are the TRK502 and TNT300. The said scrambler was not in a limelight because it did not have good chances to make a move in India and furthermore, the Italian cum Chinese brand did not even unveil it at the gone 2016 Auto Expo last month.

Nevertheless, via the reports from Autocar Professionals, the news is again whirling up high that DSK Benelli is finally making some plans to launch the motorcycle in the country by April 2017. Undoubtedly, it will be the most inexpensive scrambler that is going to be available in India. 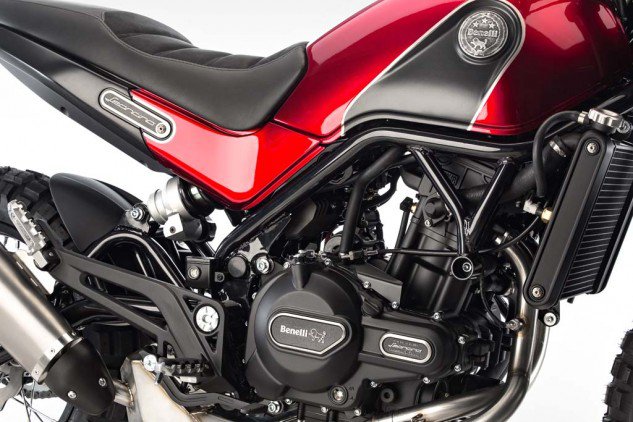 Powering the Leoncino is an all-new 499.6cc in-line twin-cylinder engine that burns out 46.9BHP of peak power and 45NM of maximum torque. All of the power is carried to the rear wheel through a six-speed transmission.

Proportionally, the scrambler is 2100mm long, 800mm broad and 1160mm high. The front wheel measures 19-inch and is suspended by a 50mm upside-down fork, which the 17-inch rear wheel gets a rebound adjustable shock suspension. Dual 320mm petal discs at the front are paired with four-piston calipers and rear wheel has been equipped with a single 260mm disc including ABS as standard.

With TRK502 all set to be launched this year, chances are very bright that Leoncino will be offered soon and the price points are going to be kept interesting as well.

Benelli Leoncino Scrambler to be launched in India by Diwali 2017
Views: 4527