Benelli India which has initiated its operations once again in the country with new management is now looking forward to regaining its earlier market share with the expansion of its product lineup. Lately, the Italian marque has launched middleweight adventure-tourer the TRK 502 and the TRK 502 trims and has further plans of introducing five new models by this year-end. In addition to this, the company has confirmed its plans of entering the premium scooter segment at the launch of the mentioned TRK Twins.

Vikas Jhabakh, Managing Director of Benelli India, confirmed the plans of the company to enter the premium scooter segment. he further added that the scooter segment has witnessed a boom, however, no one has made any proper moves in the premium segment, and that this is one segment that the Italian brand is eyeing to enter. However, there is no confirmation which model will be launched from the Italian manufacturer to serve the segment. Back in 2017, the spied event of Benelli Zafferano 250 when the company were under the umbrella of DSK Motowheels, indicates model brand’s next in the segment. 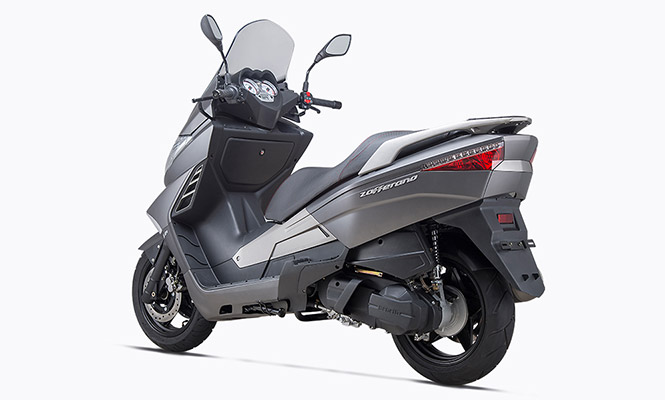 For recap, Benelli has seven new motorcycles in its plans for 2019, out of which, the TRK twins have debuted in the country. Among five upcoming, there will be some brand new products and some new variants of the existing models in Indian lineup in the next few months. However, as per our believe we are not going to see its launch by this year-end albeit might witness its showcase at the 2020 Auto Expo. Considering the Zafferano 250, it would be one of the highest displacement scooters available to purchase in India, if Benelli decides to launch it in the country.

It is a maxi-styled scooter which measures 2140mm long and 800mm wide in dimensions and tips at a whopping 195 kgs on weighing scale. If compare it with the available Suzuki Burgman Street 125 in the Indian market, the Zafferano 250 is 260mm longer and 125mm wider offering. With such expanded dimensions, the scooter also keeps a bigger and broader seat along with a massive fuel tank of 10.7 litres.

The Benelli Zafferano 250 comes packed with a 250cc, single-cylinder, four-stroke, liquid-cooled engine claimed to develop 18.3PS of power and transmit 20 Nm of torque to the rear wheel. It gets telescopic front forks with 90mm of travel in suspension setup and disc brakes at both wheels in braking mechanism. Well, as of now, this premium scooter is not confirmed to launch in India though if it launches, will carry an expensive price sticker around INR 2 lakhs. In order to pose it aggressively in the Indian market, the automaker has to bring Zafferano 250 via CKD route or its local assembling to a higher level to keep the pricing down. For further updates stay connected with us.