Vikram Oberoi, MD, and CEO, EIH Ltd (Oberoi and Trident Hotels Group), who also happens to be an avid motorcycle enthusiast, is now India's first owner of the limited edition BMW HP4 Race. Reportedly, Mr. Vikram Oberoi boasts of a rare collection of the costliest of limited edition bikes which include the likes of the Rs. 1.12 Crore Ducati 1299 Superleggera. Here are some of the key features of the Rs. 85 lakh (Ex-Showroom) HP4 Race.

Only Single Color Variant: The HP4 Race comes only in one color and BMW will produce only 750 units of the beast.

Carbon Fibre: The mainframe of the BMW HP4 Race boasts of a 100% carbon fiber. The carbon fiber body along with the carbon fiber wheels not only render great strength but also make the beast less heavy than its counterpart WSBK bikes. The wheels have been made using the braiding method. In terms of looks, the HP4 Race draws a similarity with the S1000RR. 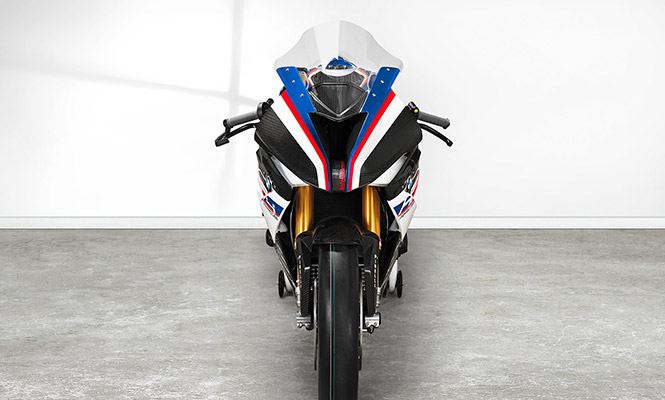 Reworked Engine: The HP4 Race is powered by a 999 cc in-line four-cylinder engine that churns out 215 hp of power at 13,900 rpm and 120 Nm of torque at 10,000 rpm. The all-new intake and exhaust camshafts are equipped with custom selected piston and rods. The close-ratio transmission and efficient bearing clearances further aid in delivering a top of the optimum-power performance. Transmission is controlled by a 6-speed gearbox.