BMW, German-based car manufacturer has revealed M850i xDrive Coupe First Edition of the all-new 8 Series. The carmaker would produce only 400 limited quantities of its M850i xDrive.

The M850i xDrive Coupe First Edition comes with the same mechanical configuration to the standard variant of the M850i xDrive. Mechanically, it is powered by a 4.4-litre V8 twin-turbo engine which churns out a 530hp and 750Nm of torque. The transmission duties are being carried out by 8-speed automatic gearbox and an all-wheel-drive system.

The M850i xDrive First Edition comes with a host of exterior and interior features which provides an elegant and premium look to the car.

To give exclusive look to the M850i xDrive First Edition, the car gets a ‘Frozen Barcelona Blue’ metallic pain’. On the outside, we can see that the car comes with a 20-inch alloys wheels with a bespoke design and black tailpipe trims. Furthermore, it also features a kidney-grille frame and side-window surrounds. 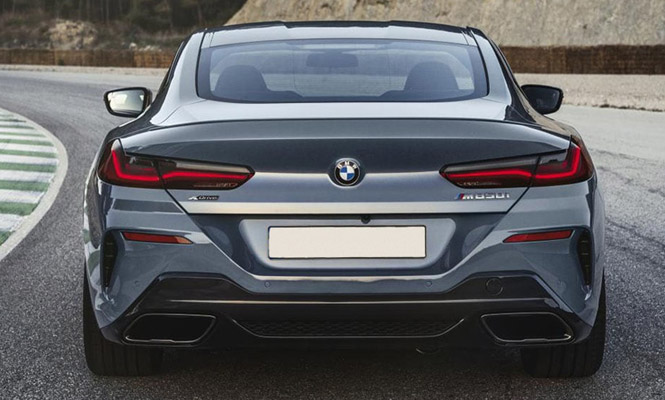 Inside the cabin, the limited edition of M850i xDrive gets a special white-and-blue leather trim. While the steering wheel is also dipped with leather having ‘Night Blue’ finished on the roof lining. The numbered First Edition is written over the dashboard.

400 units of the M850i xDrive First Edition will be manufactured at BMW’s Dingolfing plant in Germany during the period of April 2019 to June 2019. The limited edition will hit in the international markets in June 2019.

The BMW 8 Series soon coming to India, however, it will be made available only in the premium M8 Coupe and M8 Cabriolet variants. It is likely to be powered by a 4.4-litre V8 engine that delivers more than 600hp.