The Germany based bike maker, BMW Motorrad has updated its flagship super naked- the S1000R  for the 2017 calendar year. The witnessed changes on this litre class performance motorcycle are on mechanical front only, to improve bike’s performance.

Developed on a redesigned chassis, the 2017 S1000R is around 2kg lighter than the previous model and weighs 205 kgs. If the underpinned powertrain is considered, a 1000cc inline four motor which has been retuned to comply Euro IV emission norms and to generate more power of 5bhp to make it 162 bhp from 157 bhp. Other than this, an equipment of a new exhaust system with titanium Akrapovic has also been observed on the bike, it will help in fulfilling Euro IV noise and emission regulations. 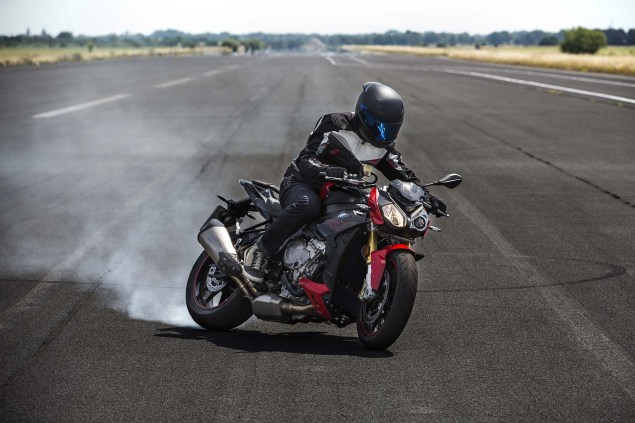 BMW has also centred its focus on revising electronic package electronics which includes a bi-directional quick-shifter, allows seamless gear shift without using clutch. A Riding Modes Pro package along with an ABS Pro which performs as per sensing lean angle of the bike. Others are a new vibration free handlebars and an improved instrument console for better readability and for telling ambient temprature details. 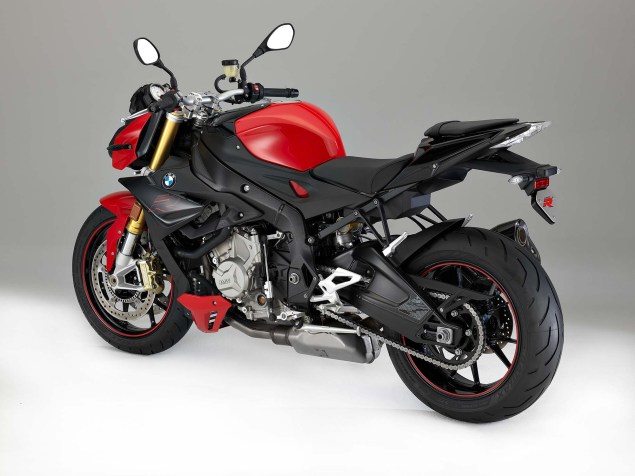 Available in three colour options of red, grey and BMW Motorsport dual-tone, the 2017 BMW S1000R is on sale in Europe at £10,705(Rs 8.67 lakh) for the base version. A lightweight cast alloy wheels option is also being provided for the customers, But for it they have to pay an extra amount for that.

Indian emergence of the bike is pretty much expected, but it will hold an expensive price sticker as the S1000R will hit the market all the way through CBU channel. in terms of competition it will go head to head with the available contendors in the segment includes the Suzuki GSX-S1000, Aprilia Tuono V4 and the Kawasaki Z1000 as its rivals.