Today, the much awaited Audi Q8 luxury coupe-SUV revealed by the company. The Audi Q8 is the first coupe-SUV from the carmaker and it will as well topping the Q line-up of Audi which was until now handled by the Audi Q7.

The Audi Q8 takes most of the appearance information from the concept revealed in Geneva Motor Show. The Ingolstadt-based company declared that the Audi Q8 to be introduced in Europe in the 3rd quarter of 2018, and compete for the BMW X6 in the marker concerning this segment. 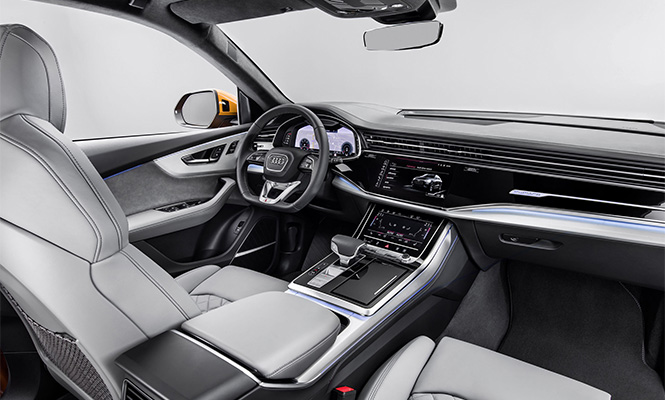 The Audi Q8 uses the same platform as the aluminum-rich one like the Audi Q7. It measures 4999 mm in length, 1710 mm in height and 2011 mm in width. Audi Q8 comes with fat borders, vertical horizontal slats in chrome accents and a large single-frame grille, making the SUV look aggressive. It takes a pair of HD Matrix LED technology, 3D daytime running lamps and a pair of sleek LED headlamps.

CHeck This Full News: Government To Accept Quadricycle As Category For Vehicles 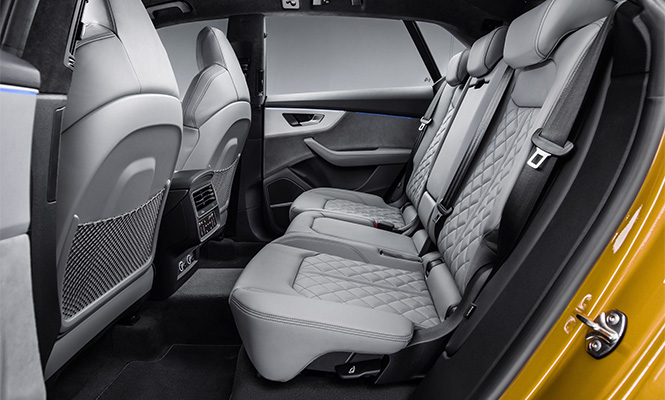 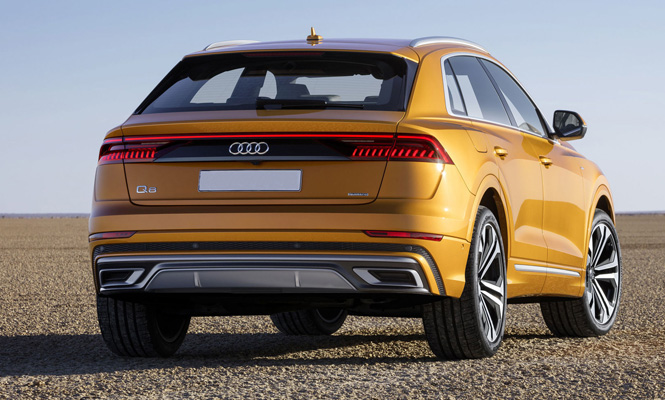 The new Audi Q8 will get a new mild hybrid technology (MHEV) assisted with a 48-volt primary electrical system along with a belt alternator starter and a lithium-ion battery. The SUV is powered by a 3.0-liter V6 TDI producing a peak power of 286 bhp and a peak torque of 600 Nm. The engine is paired to an eight-speed Tiptronic automatic transmission and comes along with Quattro AWD system of Audi. The Q8 is also expected to get a 3.0 TFSI petrol variant and a less-powerful 3.0 TDI generating 340 bhp.