SS100 Gets Acquainted by Brough Superior at EICMA, 2014

Brough Superior, the one and only retro-styled motorcycle manufacturer, has come up with their newly designed unmistakable framework. The British originated firm has showcased the Brough Superior SS100 at the ongoing motorcycle exhibition event, EICMA. The motorcycle event is going on in Milan, Italy and continues till 9th November, 2014. Coming back to the lately introduced motorcycle, the retro-styled iconic motorcycle, SS100, is unveiled in three versions. The motorcycle carries an old-fashioned DNA incorporated with advanced technology and is being designed by the Thierry Henriette and his squad. 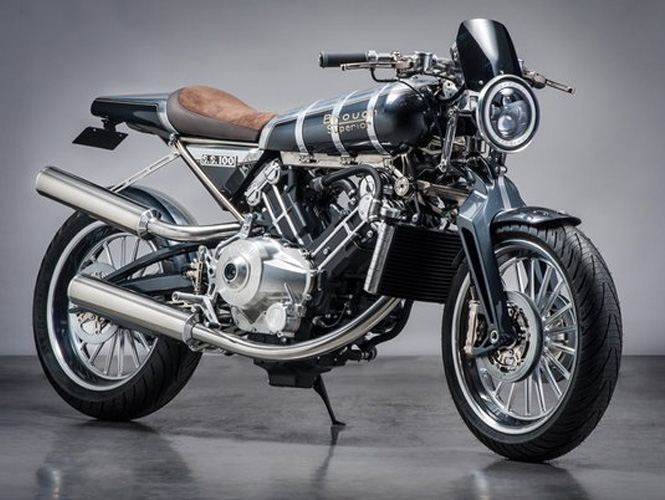 Highlighting the major components of the Brough Superior SS100, it is built around titanium plates, which are being welded together with a high-strength element, increases the luster of the machine. The manufacturer makes less uss of the steel frame, as they have used titanium to design the sub-frame as well. The swingarm is made up of magnesium-aluminum alloy piece and the usage of these metals will surely affect the price of the motorcycles. Projecting lights over the front part, the SS100 is featuring Harley Daymaker round headlamp, that helps increasing the brilliancy. 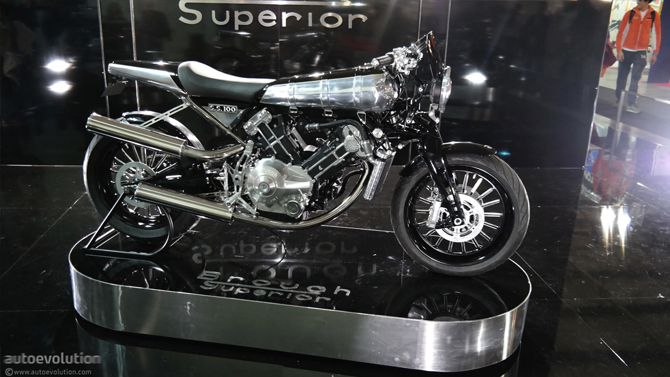 The Brough Superior SS100 gets its power from a 88-degree, V-Twin, liquid and oil- cooling engine carrying an engine displacement of 1000cc. The power train is mated to a 6-speed transmission and is capable to generate a total power of 120BHP @ 10,000 RPM and reached a peak torque of 100Nm @ 8000 revs. Even after having amazing power and torque figures, the manufacturer has mentioned that one can re-tune the engine, which could result in the increment of power up to 140 BHP. The company claims that the motorcycle can reach up to 240KMPH highest. 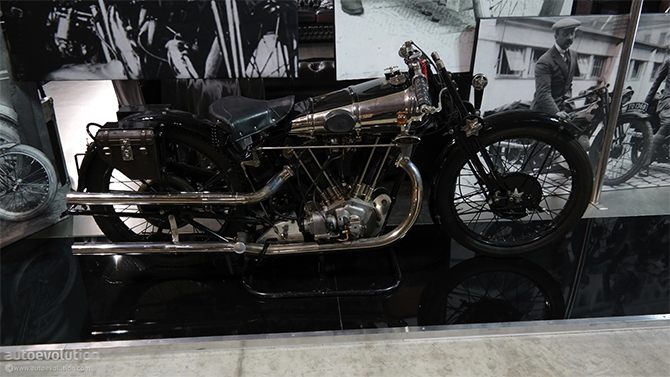 The slow down power is provided by the Beringer hardware pampering ceramic double discs set-up at both front and the rear, catered by 4D CMM Aerotec. In order to provide eminent riding quality, the firm has installed Hossack/Fior (Duolever) double wishbone suspension at the front and fully-adjustable monoshock at the rear, catered by Ohlins. The Brough Superior SS100 is priced in between €50,000 - €55,000.