CF Moto is a Chinese brand, which was announced to launch its bikes in India back in 2015 under the umbrella of Hyderabad based Eider Motors. However, in 2016, with the arrest of Eider Motors’ Chairman for conning people, the journey of Eider Motors had ended in the Indian automotive industry. Interestingly, the spy shots of its bikes emerged online until now.

Now the question arises when Eider Motors has been blacklisted then who is planning to launch CF Moto in India? There are many such questions in the mind like- is it Lohia Auto or UM or might even be any rival company? And if this is true then the reason behind is still unknown.

As the CF Moto claims, it deals in marketing of the two-wheelers, all terrain vehicles, Side-by-Side utility vehicles, and powersports engine across the world with over 1,900 dealer companions. While, the 250 NK model is also on sale in countries like Australia, China, Europe, South East Asia, Nepal etc. Also, the motorcycle have received good words from not only media but also from the respective owners in India. As compared to other Chinese two wheeler makers, the CF Moto has more value in Indian market. 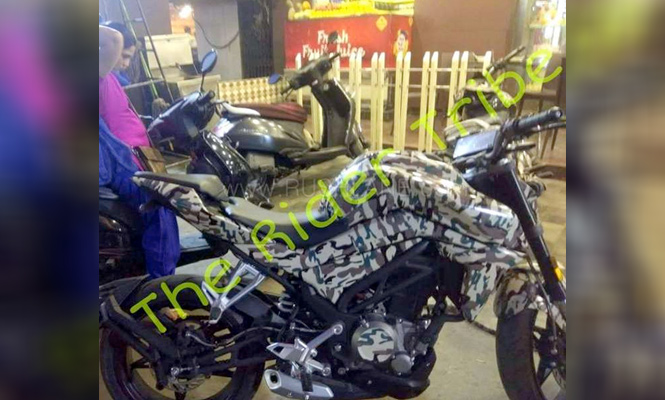 Under the fuel tank, the CF Moto 250 NK gets power from a single cylinder 250cc DOHC engine. It is rated to develop 26.51PS of power and 22 Nm of torque. Designed by Kiska Design the 250 NK is based on a modern steel tubular chassis and mount over the USD fork in front and rear monoshock. The braking setup incorporates disc brakes at the front and rear wheels sourced from J.Juan brakes. In addition to this, there is a dual channel ABS as standard. On the weighing scale, the motorcycle tips at the scale of 151 kgs. In Australia, the CF Moto NK is on sale at AUD $3,990, equivalent to INR 2 lakhs. With such specifications and price tag, the CF Moto NK is a perfect rival for the KTM Duke 250 in India.

Under the fuel tank, the CF Moto 250 NK gets power from a single cylinder 250cc DOHC engine which churns out 26.51PS of power and 22 Nm of torque. Designed by Kiska the 250 NK is based on a modern steel tubular chassis and sits on the USD fork in front and rear monoshock.

Source: image: The Rider Tribe
Previous Story Next Story
Search in SAGMart
Events
SAGMart Blog
Sign Up For Our Newsletter