CF Moto 650GT Spotted at a Warehouse in India

CF Moto, a Chinese motorcycle manufacturer is anticipated to debut soon in coming weeks. While the motorcycles which the company is pondering to introduce in our product lineup has already been spied performing test runs in the country. Also, we are also aware of almost all the models which are most likely to hit the Indian shores. However, the spied event of the 650GT at a warehouse is suggesting that it would also be in the list of models to be launched in the country.

The surfaced image is revealing the CF Moto 650GT, only bike undisguised around other models as well packed in the boxed crates. It indicates the launch of the motorcycle too in the Indian market. Other than this, there are a few boxes with CF Motor written on them hinting about the imported lot of spares as well. It is being expected, the 650GT would be sent to ARAI Pune for homologation and testing on Indian roads as well 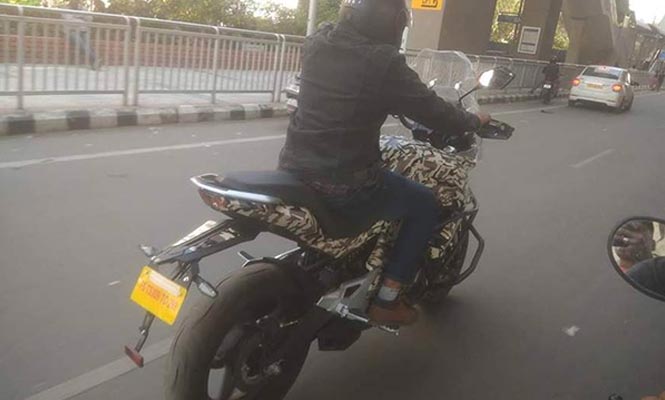 Developed on a similar platform as of the 650NK and CF Moto 650MT bike, the 650GT features an LED setup, different seat and altered ergonomics depending on the bikes category. Other than this, the fairing setup is also different from the models been spied in the country. Also, it complements the overall styling of the bike. In terms of power, it is packed with a 649cc twin-cylinder DOHC engine that makes out 75bhp and 45Nm via a mated six-speed gearbox.

The 650GT will lock horns with the Kawasaki Ninja 650 bike in its segment. However, the pricing for the motorcycle will be kept aggressive as the brand will be new and took 3-4 years to establish in the market.

Eider Motors to Plant 30 Outlets across India within 2 Months
Views: 4387