The competition starts now. Here, the Italian beauty will directly be competing against the Japanese beast. Yeah!! I am talking about the newly launched DSK-Benelli TNT 600i and the Kawasaki's lately launched street-fighter, ER-6n. However, both the motorcycles come under the similar segment of naked street-fighter, but still sustain a huge difference in styling, performance and looks. Let me take for a trip of differences in the Italian touch and Japanese styling of Street-fighter motorcycles.

Kawasaki ER-6n:- The ER-6n is the latest product introduced by the Japanese motorcycle manufacturer in India. The naked street-fighter has made its appearance along with the Kawasaki Z250. By having a look at the motorcycle, it could be able to turn thousands of heads with its naked design and aggressive styling. It always looks ready to race. The combative headlamp, muscular fuel tank and the bellicose makeover simply work as eye-candy for a real motorcycle enthusiast. The first model introduced by the Kawasaki, which doesn't belong to the Z-series and Ninja-series of motorcycles. 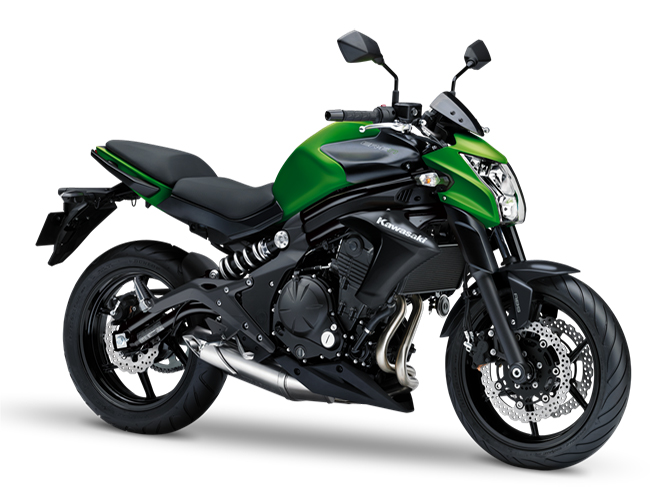 Mechanically, the Kawasaki ER-6n is completely matches up with the Ninja 650. The Kawasaki ER-6n is featuring a parallel-twin motor carrying an engine displacement of 649cc. The liquid-cooled, four-stroke engine is tuned to churn out a maximum power of 71.1 BHP @ 8500 revs and a peak torque of 63.7 Nm @ 7000 RPM. The dual disc brakes at the front and single at the rear will be providing the stopping power to the motorcycle. Even being a naked street-fighter and carrying 649cc engine displacement, it still lacks in ABS.

The Kawasaki ER-6n carries a competitive pricing in its segment, as it is available in the Indian market with a price tag of Rs 4.78 Lacs.

DSK-Benelli TNT 600i:- The DSK-Benelli launched its all new TNT 600i in the country just today. It could also be said as the entry-level motorcycle offered by the firm. Being an Italian motorcycle manufacturer, the firm has given amazing curves and cues to this naked street-fighter. The little-bit of front fairing, dual riding experience, muscular fuel tank and the riding posture will surely be capable to attract Indian fanatics. The Italian flavored street-fighter also positioned great in the terms of performance. 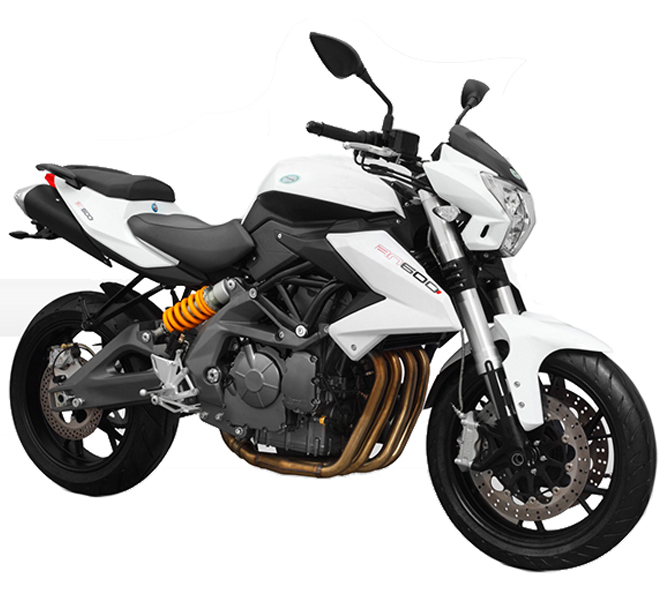 Technically, the DSK-Benelli 600i gets its power from an in-line, four-cylinder motor, which gives an engine displacement of 600cc. The DOHC, liquid-cooled engine is tuned by the Italian boffins, which is capable to deliver 84 BHP of total power and a peak torque of 54.6 Nm. The sports motorcycle is built around a steel trellis frame having a telescopic front fork and hydraulic monoshock absorber at the rear. In terms of braking facility, it is taken care by front dual disc brakes and single disc brakes at the rear. The DSK-Benelli is not offering ABS, not even as an option.

Moving towards the pricing section of the newly launched motorcycle, the DSK-Benelli TNT 600i will now be making its availability in 9 dealerships opened all across the country at Rs 5.15 Lacs (Ex-Showroom Delhi). The TNT 600i holds a price difference of Rs 37,000.

Kawasaki Ninja H2R is All Set to Create a New Speed Record
Views: 2585