After having an magnificent 2013 in India by achieving the target of selling 10,000 luxury cars for the first time in a year AUDI India kerfuffle Indian market by the launch of AUDI RS7. AUDI is very sure about the RS7 for being the most powerful one for the Indian market line up featuring a 4.0-litre TFSI bi-turbo V8 engine that produces 552bhp of power and 700Nm or torque. Audi claims that the car can sprint from 0-100kph in 3.9 secs and has a top speed of 305kph, while giving an average mileage of 8.5kpl.

This AUDI masterpiece is launched by our very own Salman Khan at an ex-showroom with an Indian price of Rs 1.29 crore. While having a press conference about the car Salman Khan very well showed his sense of humor by stating Katrina Kaif and Deepika Padukone going to look stunning in this car but he is not going to gift them this masterpiece. 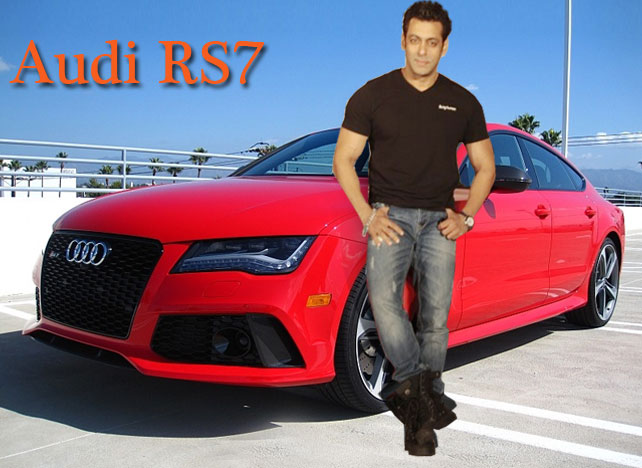