DSK-Benelli is all set to introduce a new product in its Indian lineup. The company officials have also confirmed the emergence of a fully faired sports runner sometimes in December, 2016. In the Indian market, this new model will be called as the Tornado 302.

Earlier, the Benelli 302 was scheduled to go on board during this festive season but a thought to offer this new model with ABS as standard, has delayed launch till the end of this year. Recently, the motorcycle is under testing at ARAI to check its endurance that it would be able to perform in the local conditions or not.

Read Also: DSK Benelli Increases Prices of Bikes by up to INR 43,000

The first fully faired motorcycle from the Benelli house has made its official appearance on the Indian soil at the 2016 Delhi Auto Expo. Especially, designed to keep young generation in mind, the sharp and sportier motorcycle gets the same 300cc, twin-cylinder, liquid-cooled engine inherited from the TNT 300. The equipped motor is capable of producing 36PS at 12,000rpm and delivering 27Nm of peak torque at 9,000rpm. All the generated power will be transmitted to the rear wheel via a six-speed gearbox. 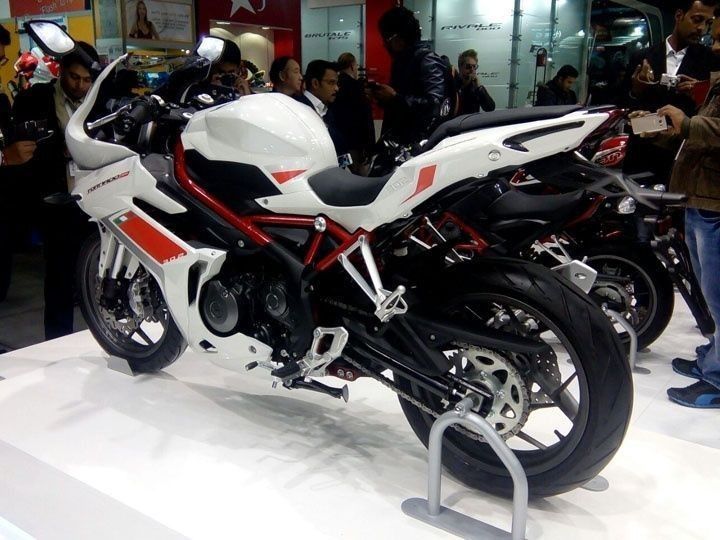 The sharp and sporty styling of the motorcycle has been designed specifically keeping in mind the desires of youngsters. It gets powered by a 300cc, liquid-cooled parallel-twin motor producing 36PS at 12,000rpm and 27Nm of peak torque at 9,000rpm. The company has claimed that motorcycle can easily attain the top speed of 170Kmph.

This new supersports motorcycle is built around an all new trellis frame which is comparatively lighter than the previously used frame and much easier to handle the bike at high speed. The damping duties on the motorcycle will be under supervision of USD front forks and a monoshock rear suspension. While the trustworthy braking system is in association with ABS as standard.

Here, it is likely to go on sale at the price tag of INR 3.5 lakh (ex-showroom) and will compete with the rivals like the KTM RC390, Kawasaki Ninja 300 and the Yamaha R3.