DSK Benelli Bengaluru has set a new milestone by delivering 100 units of superbike in just three months from the launch of the showroom. The company celebrated this achievement by organizing a ride that was started from DSK Benelli’s Showroom to Kolar wherein all the 100 DSK Benelli Superbike owners participated in the ride. Moreover, the Italian manufacturer offering five Superbikes for Indian line-up by carrying minimum displacement of 300cc and it goes up to 1130cc engine displacement. The Indian product line-up includes TNT 300, TNT 600i, TNT 600GT, TNT 899 and TNT 1130. 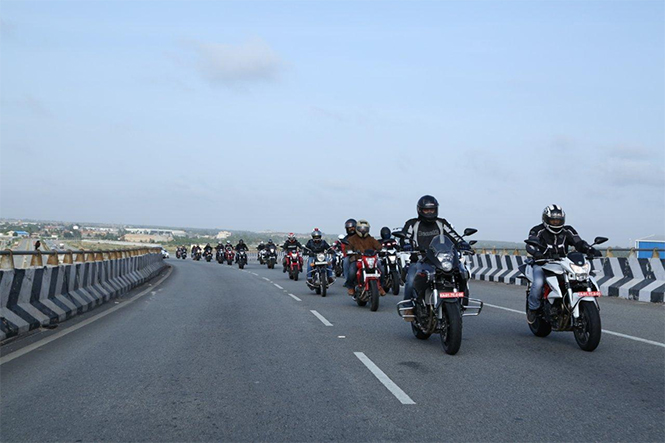 Speaking on the achievement, Mr. Shirish Kulkarni, Chairman, DSK Motowheels, said, "Bengaluru, in recent times, has emerged as a city with a particular fondness for motorsports. Since the launch of our exclusive showroom for DSK Benelli superbikes, we have received an overwhelming positive response. The remarkable feat of achieving 100 superbike sales in three months in Bengaluru alone, not only highlights the brand value and customer patronage of DSK Benelli, but also demonstrates the growing market for superbikes in India."

Mr. Suresh Bafna, Dealer Principal, DSK Benelli Bangalore, also said, "While Benelli in itself is a renowned name worldwide, its collaboration with DSK Motowheels has played a major role in this achievement. The product quality and efficient sales and service network have further contributed to the success. We are proud to be associated with DSK Benelli, and endeavour to keep up the high standards that have been set before us."

Benelli TNT 600GT ABS To be Introduced in December
Views: 1425

Benelli Proposes ABS as Standard Fitment on TNT 600i
Views: 1285