As the news was in the motoring world, Ducati to bring successor of its Panigale 899 by June 2016, seems to be proved true. The Italian motorcycle maker, Ducati is all set to premiere its terminated motorcycle's Panigale 899 replacement, Panigale 959 at the India Bike Week, which is going to be held on the day after tomorrow, 19th Feb at Arpora, Goa.

The prime reason to bring Panigale 959 and discontinue Panigale 899 is, Euro 4 noise and emission laws, which will come into force in 2017. Aesthetically, the body cue and detailing has also been tweaked to give it an improved aerodynamic and more muscular styling than its predecessor. The wider snout, larger front air intakes and the new rear view mirrors supports the aerodynamic feature to make it the excellent performer than prior one. 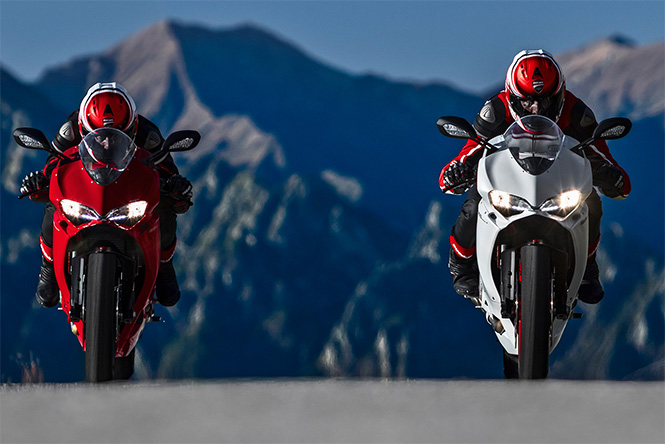 Mechanically, the 959 Panigale is powered by a 955 cc, liquid-cooled, L-twin Superquadro engine. It is the first in self superquadro engine to acquire Euro 4 norms approval. An additional fuel injector per cylinder enable the engine to produce the maximum power of 157 bhp at 10,500 RPM and peak torque of 108 Nm at 9,000 RPM. This generated torque is 8.4Nm more than the Panigale 899. The new Supersport is completely built upon a modified chassis which is joined to a lower swingarm pivot and also featured with extended wheelbase.

This new Panigale with 955cc displacement engine, can be marginally higher in price as it gets various cosmetic and mechanical ends alterations.This successor of Panigale is also expected to be produced via Completely Built Unit ( CBU) route from Thailand at the expected price tag lies between INR 14 lakh to 16 lakh.