One of the promising Japanese motorcycle manufacturer, Yamaha has instigated Yamaha YZF-R3 in August this year. The results are much in the favor of the automaker as it encountered a huge applause from the Indian bike enthusiasts. Now, Yamaha is all set to bring the naked version of its sibling named MT-03, to India. Sources confirmed that, the MT-03 has been copyrighted in India and will make the debut in early 2016.

On taking a quick look over the design, Yamaha MT-03 gets identical styling as its 250cc sister sibling, Yamaha MT-25. Yet the former looks are quite distinct with no fairing and stickers on fuel tank pods. The motorcycle comes with a single-pod headlight over the twin in the faired version. It gets a conventional single piece wide handlebar and dumps the clip-on handle bars. The bike will come up with different color schemes as compared to R3. 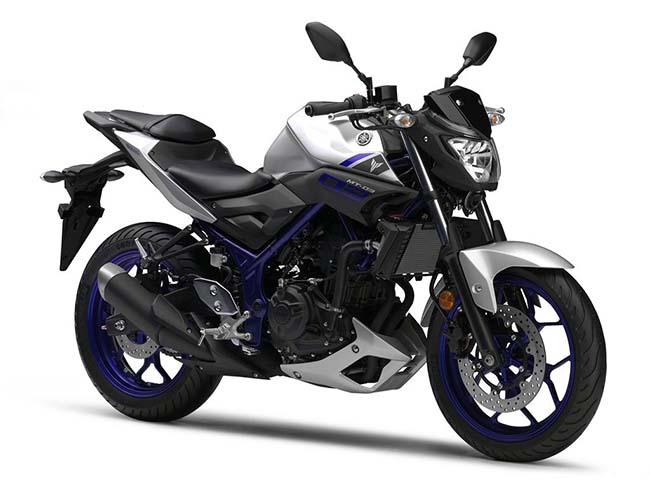 Going further mechanically, the motorcycle is powering a 321cc, 4-stroke, twin cylinder engine that produces a maximum power of 41.6 PS at 10750 RPM and a maximum torque of 30 NM at 9000 RPM. The engine is mated to a 6 speed gearbox. Some other notable features include front and rear disc brakes with dual-channel anti-lock braking system (ABS), 17 inch alloy wheels, a digital instrument console, shrouds with air intake pods mounted on the fuel tank. Without fairing, the carries an unladen weight of 165 kg and expected to be priced at Rs. 3.25 lakh, ex-showroom Delhi.