The Hyderabad based two wheeler manufacturer, Eider motors is struggling for a strong foothold in the Indian market since its Introduction in 2014. The manufacturer tried a lot to get succeed to make a good position among the country’s leading manufacturers. Eider motors recently made a handshake with a Chinese automaker, CF Moto and will sell four of its products in the domestic market. These four CFMoto products are 650NK, 650TK, Jetmax 250 and the small capacity 150NK. 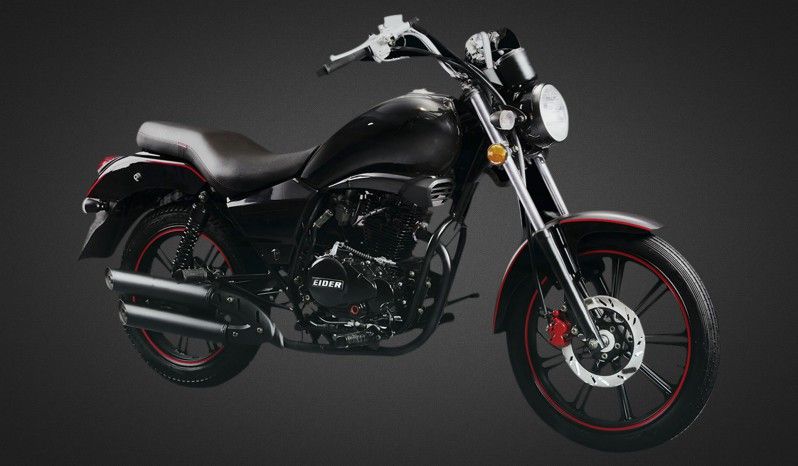 Lately news from the sources revealed, Eider Motors launches CFMoto 650NK at INR 3.37 lakhs. In comparison to other products from big brand like Honda, Kawasaki and Benelli in 600-650cc segment roadfighter bikes, 650NK is the cheapest one. Following the same track, Eider Motors have launched a cruiser motorcycle at a cheapest price tag of INR 54,211, called as the Ruddy. The Ruddy will lock horn with the Bajaj’s offering Avenger Street 150 in the 150cc cruiser segment motorcycle.

The Eider Ruddy gets the max power of 11.5bhp and a peak torque of 10.5Nm from the bolted single-cylinder, air-cooled and four-stroke engine with the displacement of 150cc. The pumped power makes it available to touch the high speed of 110Kmph. Aesthetically, the Ruddy is just a normal, average looking and cheapest cruiser with no frills. Nevertheless, some highlights of the Ruddy are raised handlebar, compact round headlight, single stepped seat, alloy wheels, long travel front forks and matte body tone.

The motorcycle is not featured with the popular modern technologies like ABS, Traction control, Ride-by-wire and many more, but it's not easier to find a cruiser bike in this price range in India is not possible. So one can consider this bike at price prospective. The automaker is putting full efforts on its end by providing products at different price tags to offer variety to the Indian enthusiasts and to achieve the aim of brand name counted in India’s leading automakers list.

Eider Motors to Plant 30 Outlets across India within 2 Months
Views: 4197