The Japanese auto giant Toyota has launched the facelift version of its Etios sedan and Liva hatchback. Along with the features, the 2016 Etios has also come up with similar “Platinum” label as the Brazilian model. Price starts at INR 6.43 Lakhs and goes up to INR 8.87 Lakhs for the sedan and the hatch lie between INR 5.24 Lakhs to INR 7.44 Lakhs (Both ex-showroom). Both the new variants have got several tweaks over their design and inside the cabin, while the powerhouse is same as the regular one.

On the design front, the facelifted sedan has got a redesigned bonnet integrated with a fresh v-shaped grille as well as furnished in black color and significant chrome accents. A revamped front bumper is also there, which is dominated by a larger air dam and round fog lamps. Moving to the side profile, it carries the same look as the regular one with chrome finished ORVMs along with turn indicators, sporty side skirts, and 15-inch alloy wheels. At the back , you will find a retuned bumper and a boot lid spoiler.

No major interior changes have been made to either of the models except for a revised instrument cluster, which is still mounted on the centre, but looks better. Besides, it also sports new graphics altogether with a digital tachometer and leather wrapped steering wheel. Dashboard is now designed in a grey-ivory dual color theme. Some of the other features are a 2-DIN audio system, rear arm rests, parking sensors, electrically adjustable wing mirrors, etc. 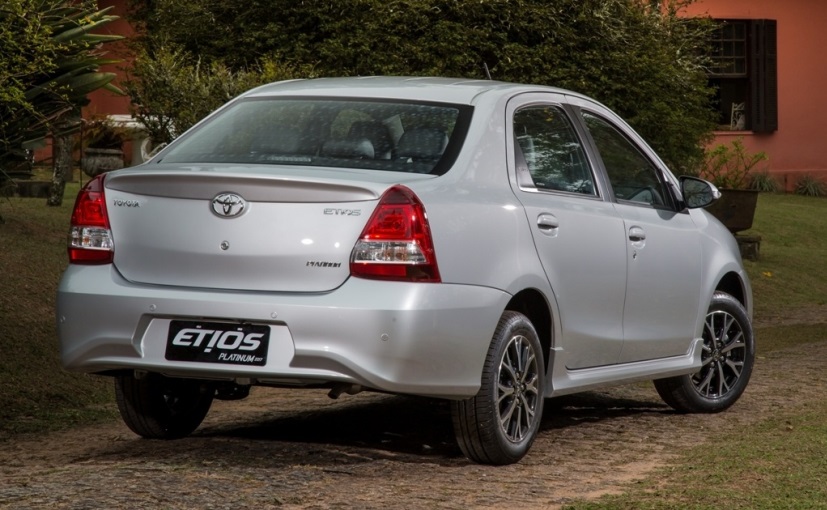 Talking about the powertrain, the Etios facelift will continue powered by a 1.5-litre petrol and 1.4-litre diesel engine options, where the former churns out 88 Bhp of power with 132 Nm of torque, the later is only capable of generating 67 Bhp of power but with a maximum torque of 170 Nm. Both the motors are mated to a 5-speed manual transmission box and you will still miss the automatic unit with them.

Coming to the Liva hatchback, it will uphold the same 1.2-litre petrol and a 1.4-litre diesel motor options. Packed with the 5-speed manual gearbox, the former can propel the car with a power of 79 Bhp and 104 Nm of torque and the later is similar to that of the Etios sedan version.