Four years back, Honda has launched its spectacular SUV CR-V, which has got tremendous applause from the audience across the globe. Apparently, the Japanese carmaker has been working upon the fifth-generation CR-V from quite a long period as we have seen the testing of its prototypes in past few months. Besides several test variants, another test mule of the car has been captured by the spy photographers that showcases a highly camouflaged version of the vehicle. The images were taken in the Mojave Desert, in California.

Interestingly, the next-generation variant seems to get a 7-seater architecture, which is one of the crucial highlights noticed as the length of the car has been extended a bit. So, with the addition of the third row, the vehicle now features an enhanced wheelbase. We didn't hear much about the official dimensions of the CR-V yet, but the SUV is certainly going to get a couple of structural modifications for sure. 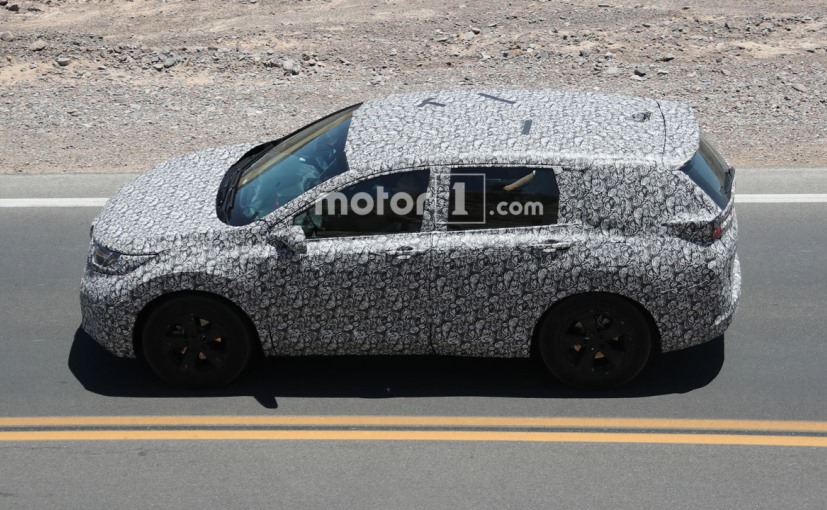 Commenting anything about the styling is not good right now as the car has been seen heavily in disguise. Ruining all of your excitement is not justified here, so, we've decided to share with you some of its styling cues. The next-generation Honda CR-V has taken inspiration from the recent Honda products such as the new Civic and the HR-V. From the LED headlamps and L-shaped tail lamps, it resembles of the new Civic while the single slat chrome grille and the massive front bumper looks like taken from the Honda HR-V crossover. Other than this, the SUV has got a bigger spoiler, new rear bumper, roof rails, and sportier alloy wheels in its pack of appearance bits.

Engine details of the car are fictitious yet, though, it is anticipated that a turbocharged petrol and diesel engine will generate power in the car. Furthermore, a hybrid engine with an AWD option might be incorporated as well. Both, manual and automatic transmission will be offered in which the India-spec variant will probably feature the CVT unit this time.