Finally, the India-Bound Jeep Compass is on the table!! Designed to replace the company's longer existing models - the older Compass and Patriot, the new one is based on the firm’s impressive ‘Small Wide 4x4 platform and will be positioned between the Grand Cherokee and the Renegade.’ Jeep is using the newly established manufacturing facility, located in Goiana, Pernambuco, Brazil to built this SUV. Instead of being introduced in the US only, it will celebrate its presence in more than 100 countries across the world.

It is being already confirmed that the upcoming SUV will make its world debut at the 2016 Los Angeles Auto Show which is going to be held in November. Recently, a production version of the same unit has also been spotted without any cover over its body and revealed much of its stylings. However, the details from inside the cabin could not get accessed as there is no such image of the interior. Well, here are the rest of details. 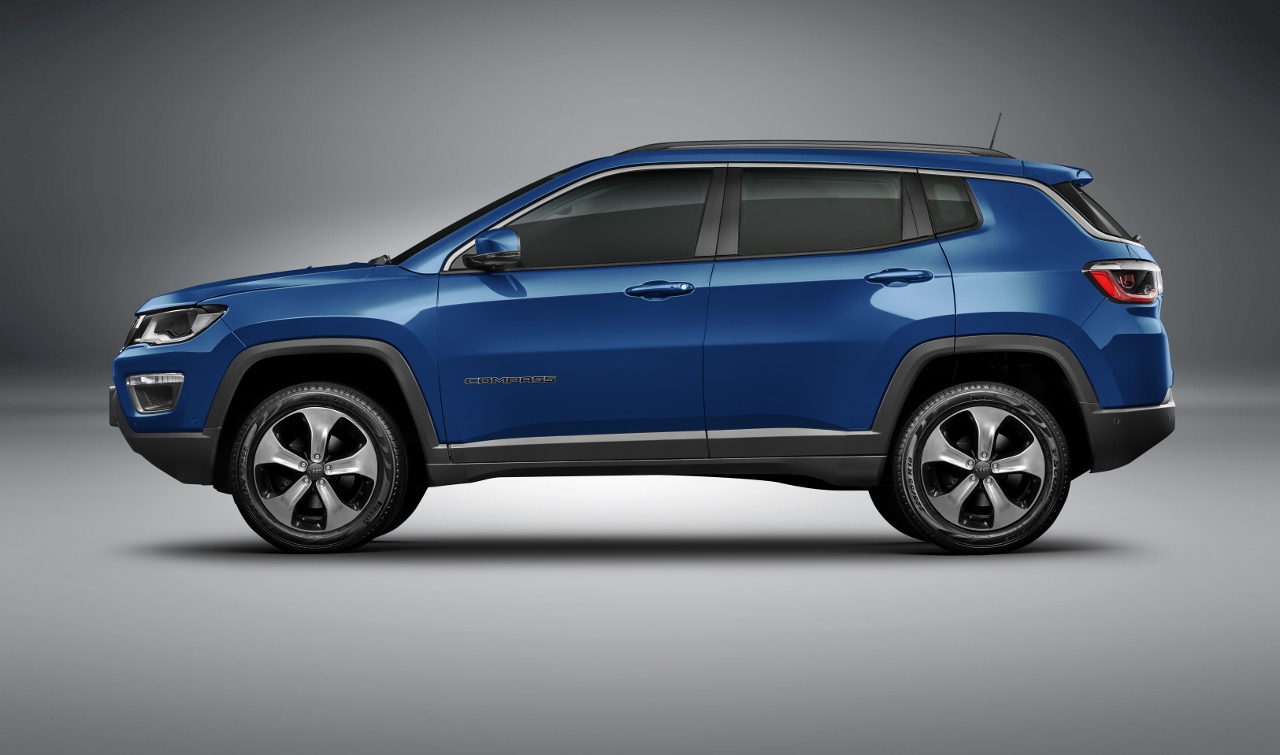 On the aesthetic front, the new Compass resembles the design cues of the Grand Cherokee sibling, albeit, the LED headlights and tail lights are exclusive to the Jeep range. Besides, the front fascia has also been featured with a trademark grill, a similar bumper to the Cherokee and fog lamps that look so much identical to the other off-road SUVs. Moving to the side profile, you will get to see a set of 17-inch alloy wheels painted in black.

An image of the Jeep Compass Trailhawk variant has also been revealed by the company that come up with red tow hooks, contrasting black hood decal and black alloy rims as of the Wrangler Rubicon style. Among the available four trims, only the Longitude will be amazed by 18-inch alloy wheels. In order to provide better ride and handling on both the highways and rough roads, the suspension has also been boosted up by 20 mm and housed extra plates for underbody safety. 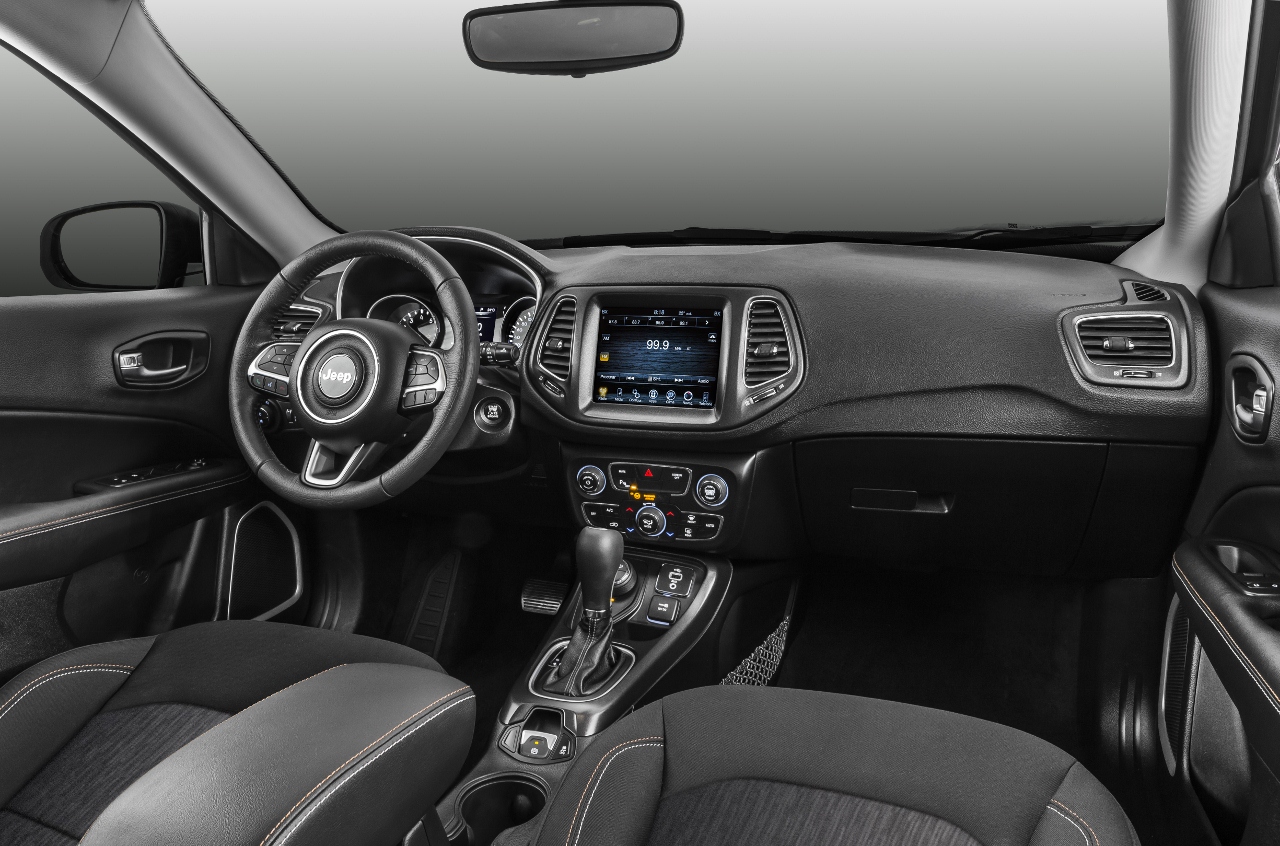 Taking the interior details on the ground, it has been loaded with an 8.4 inch UConnect touchscreen system, keyless entry along with start and stop button facility, instrument cluster with TFT display, Beats audio system with 9-speaker and subwoofer, etc. The cabin has been further embellished by the use of chrome and matte trims. Base variant of the SUV sports a 5-inch touchscreen infotainment system, dual airbags, ABS with ESC, electronic parking brake and reverse camera with sensor.

Earlier in a press release, the automaker has conveyed that it will offer as many as 17 different engines and transmission combinations that will consist of a host of petrol and diesel units shared with the Renegade. Talking about the Brazilian specs, which are expected to be similar to ours are a 2.0-litre Tigershark Flex, mated with a 6-speed AT  and a 2.0-litre Multijet II turbo diesel motor coupled to a 9-speed AT. The latter is integrated with the firm’s 4WD Active Drive Low configuration. 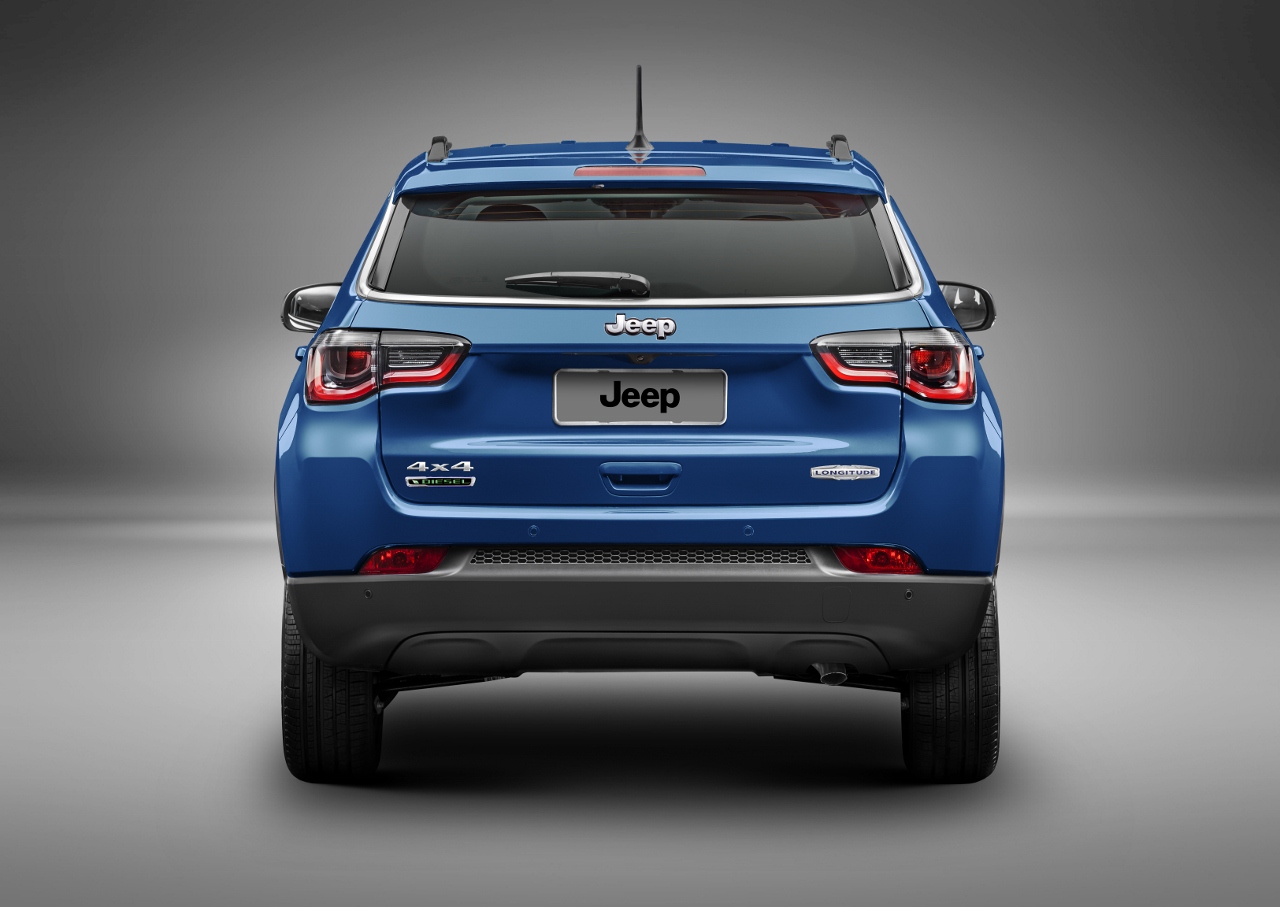 The India-based model will possibly arrive on the shores by later 2017 and is going to be manufactured at the locally facilitated Tata-FCV JV manufacturing plant, which is in Ranjangaon. As the model will be produced here in the country, it would be priced similar as of the other global market units that are expected to lie between the bucket of INR 20 Lakhs to INR 30 Lakhs (Ex-showroom).