Thailand becomes the first auto-market to receive the 2019 updated Ford Endeavour SUV, which was launched in the country today. The facelift was originally revealed in May this year in Australia. The Ford Everest (Ford Endeavour in India) has been a very popular SUV choice of hundreds of worldwide car owners ever since it was first introduced in 2003. 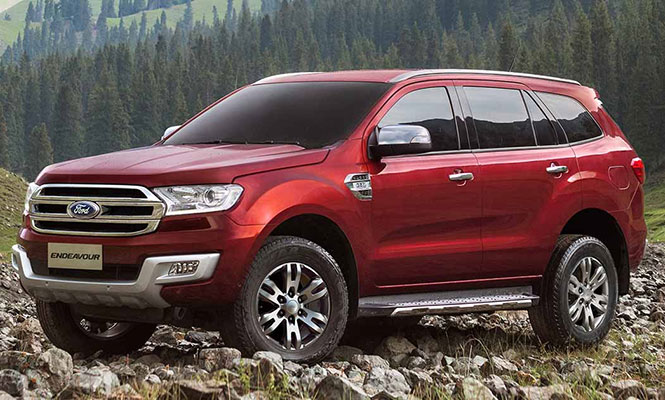 The updated Ford SUV gets a major update in terms of engine. The Thailand variant of the 2019 Endeavour (Everest) comes with a 2.0-litre EcoBlue diesel engine with two tune settings - 215PS/500Nm (with twin-turbo) and 182PS/420Nm. The engine is controlled by a 10-speed automatic gearbox (transmission). As of now, the Endeavour model being sold in India comes with a 3.2-litre, 5-cylinder diesel and a 2.2-litre, 4-cylinder engine coupled with a 6-speed gearbox. 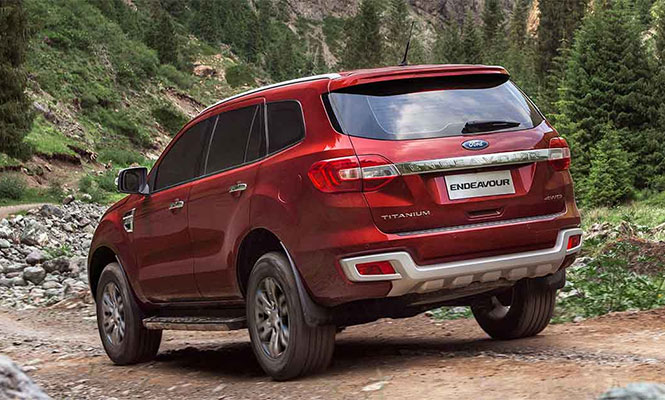 Although the American carmaker has not yet confirmed the launch date of the updated Endeavour in India, the SUV is expected to be released here by 2019. As for the price, the updated Endeavour may be priced at around Rs 26.32 lakh - 32.81 lakh, in line with the current model in the country. The new Endeavour will compete against the likes of Toyota Fortuner, Isuzu MU-X, Mahindra Rexton, Skoda Kodiaq and the upcoming new Honda CR-V. It is still not known whether Ford will introduce the latest 2.0-litre diesel engine in India or will continue selling the existing units. In terms of exterior, the new 2019 Endeavour gets a bigger three-slat grille along with slightly modified bi-xenon headlights. 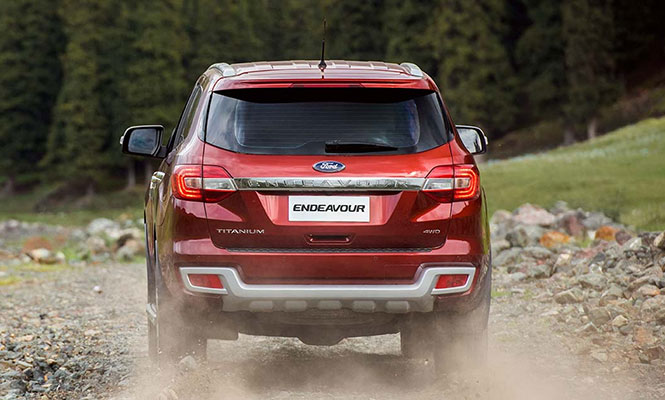 As for the interior, the new SUV has been integrated with Ford SYNC3 infotainment system with advanced apps like Android Auto and Apple CarPlay for enhanced security and automation. The new Ford Endeavour also gets push-button start functionality which is standard across all Ford models. A special attention has been paid to enhancing the safety module of the car by including features like seven airbags, autonomous emergency braking (AEB), hill launch assist, ABS with EBD, pedestrian and vehicle detection, traction control (TC) and electronic stability program (ESP). 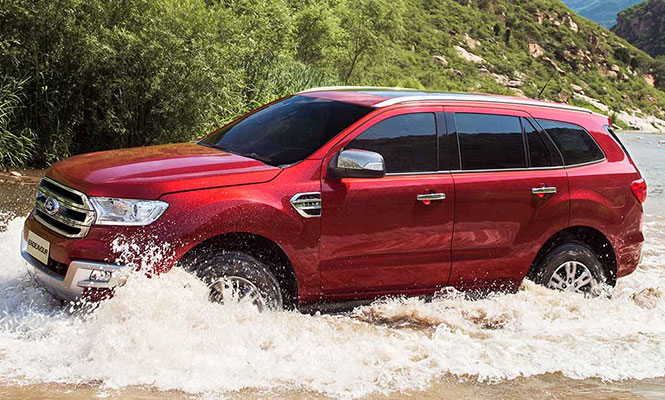 The India-spec car is, however, not likely to get all these safety features. The current Endeavour model in India also doesn’t have advanced safety features like blind spot detection system (BDS), lane keeping system (LKS) and adaptive cruise control (ACC), which are all available in the Everest model in Thailand.