The government is reportedly working on a new scheme under the concept of “polluter pays” in which the buyers of new petrol and diesel cars will have to pay a fee of Rs 12,000 in addition to the purchase cost. The money raised will be used to promote the EVs (Electric Vehicles) and battery manufacturing. The scheme is in the process of finalisation.

Top government officials told that after the meeting of top secretaries, NITI Aayog prepared a note in which it was written that the people who buy electric cars  two-wheelers and three-wheelers will get the benefits of up to Rs 25,000-Rs 50,000 in the first year. This benefit will directly be given to the EV buyers rather than giving through the automakers. The government will also offer km-based benefits for state agencies operating e-buses. The updated policy will need the approval of ministers. The earlier draft of a similar policy was rejected by the Prime Minister Narendra Modi on the grounds that instead of offering the benefits to the automakers the policy must offer incentives to batteries to lower the costs.

This benefit will help in improving fuel efficiency and emission norms and the use of clean technology, while the production of EVs will also become faster, said a source. The fee charged from the car buyers will help the government to collect around Rs 7,500 in the first year, which will help raise the budget for the expansion of EVs.

In the fourth year, the tax on “polluting cars” will rise to Rs 70,000 and with the help of this new tax, the government is expecting to collect more than Rs 43,000. The tax will not be charged only on the fossil fuels but also on the petrol/diesel two-wheelers, three wheelers and commercial vehicles which will have to pay the tax of Rs 500 to Rs 25,000 in the first year and which will reach up to Rs 4,500 to Rs 90,000 in the fourth year. 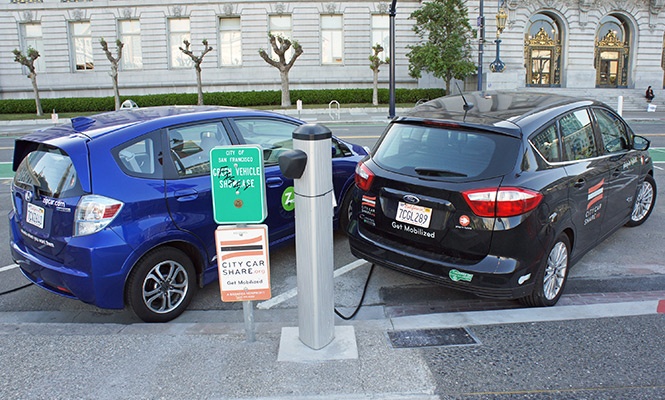 The money collected will be deposited into a fund which will be managed by the heavy industry department. The benefits that will be given on Electric Vehicles will slowly decrease from Rs 50,000 in the first year to the Rs 15,000 by the fourth year of the policy. The tax comes with many benefits which are still in the process of being proposed that ranges from lower customs duty and GST on raw material, components and battery packs, to removal of registration fee and road levy for all the E-Vehicles.

Some of this tax might also be used to promote domestic battery production. A benefit of Rs 6,000/KwH (Kilowatt Hour) will be given for this, said sources. The government’s plan also covers the establishment of charging stations which will require a lot of money. A source aware of the proposals said that a local technology will be developed in the areas such as power electronics and battery development for which the government will spend about Rs 200 crore.

The government authorities have also suggested that the government must make it mandatory to use 40% Made-in-India parts in e-cars and e-buses to promote localisation which will be increased to 60% from April 2022. Also, the government has decided to keep the import duty on cars in order to discourage import from other countries.

Volvo Confirms Death of Diesel Engines In India By 2024
Views: 1026

Porsche Pulls Diesel Engines Out of Its All Line-up
Views: 969

YMRI Along with YMC Developing Electric Vehicles For India and Export Markets
Views: 2167