Harley-Davidson has recently been unveiled a new model in the street range, called as the Street Rod. Based on Street 750, the Street Rod is more stylish, aggressive and sportier than its elder sibling. Indian launch of the motorcycle can take place anytime soon.

Aesthetically, the Street Rod is equipped with a host of components that offers a sporty character to the cruiser includes a taller windscreen, straight handlebars, bar end mirrors, lightweight fender, and exhaust system with the end can that produces a louder note.

Beneath the fuel tank, it is equipped with a liquid-cooled V-twin ‘Revolution X’ engine that is tuned to produce 64Nm of torque at 4,000rpm instead of Street 750’s 59Nm torque at 3,750Nm. Basically, the powertrain is shared unit with the Street 750, also it has components like bore, stroke, and displacement in common. But the higher compression ratio of motorcycle in question help to attain a higher torque output. 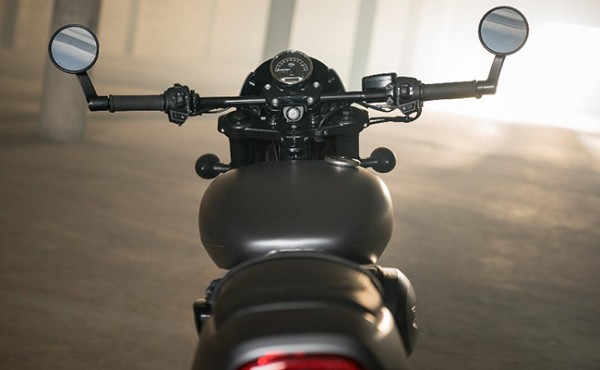 Moreover, the Street Rod 750 also has improved hardware components like the braking and suspension setup. The braking assembly now uses dual disc at the front wheel, whereas, the rear suspension gets a gas charged dampers in place of parent Harley Street 750 suspension unit.

Will be offered in three shades of black, gold and grey, the Street is more likely to launch in India within next few weeks. And, post launch, it will go head to head with the Hyosung ST7, Benelli TNT 600GT and the Kawasaki Versys 650.