TVS Akula 310 a.k.a TVS Apache RTR 300, which was previewed as a race inspired concept model at the 2016 Delhi Auto Expo. the production ready version of the same has been snapped once again with heavy camouflage. Thanks to Meelath Ahamed, a facebook user, who managed to click that neat and closer images of the test mule. While the earlier emerged spy images of the Apache RTR 300 are either blurry and unrevealing.

Under the covering, all the aesthetics are clearly visible as the golden finished 5-spoke alloy wheels, thick exhaust are carried from the BMW G310R. Other include a slight different front fender with extra long side panels to cut the air away from its fairing. More at the front end, the mule is featured with dual projector headlights with ample space for holding the DRLs. A squared shape visor, which could be altered after test results on the road ready version. The rear placed foot pegs and the R15 Inspired split seat completes the sportier design of the motorcycle. 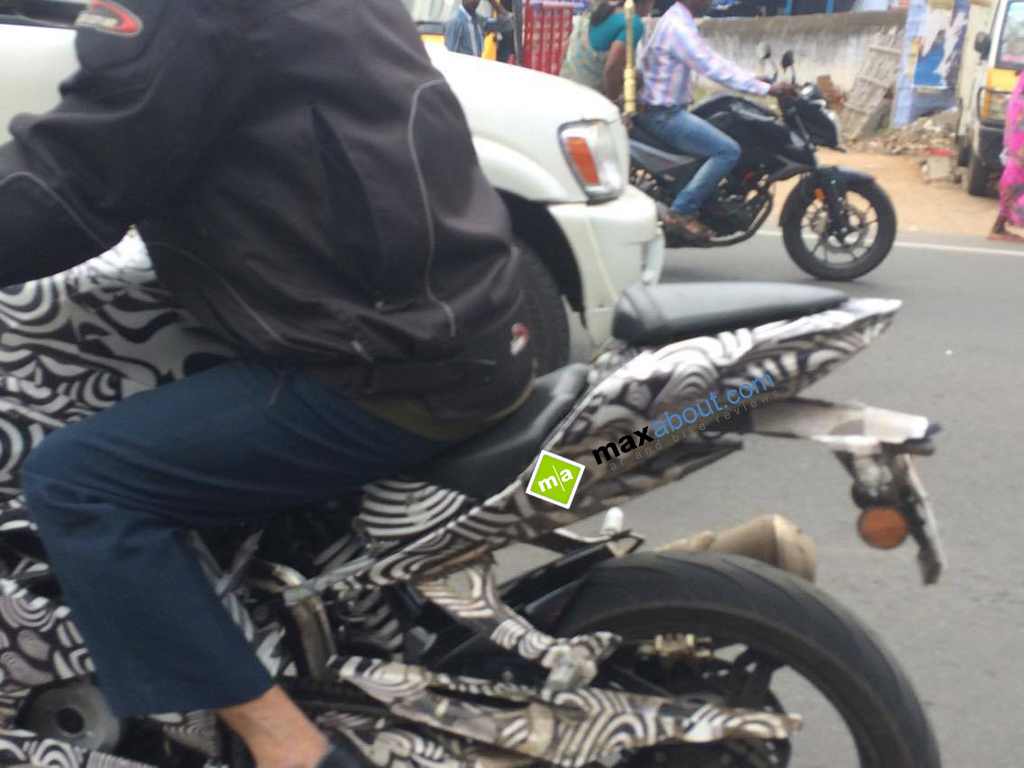 Built on the BMW G310R platform, the Akula 310 is powered by a liquid-cooled 313cc single cylinder petrol engine which is claimed to produce 34 bhp of power at 9500 rpm and deliver 28Nm of torque at 7500 rpm. The mill is mated to a six-speed manual transmission to propel all the generated power to the rear wheel. While the other mechanicals would remain the same as of the concept.