The Karizma, a renowned moniker from Hero MotoCorp is going to be resurrected in an all-new avatar as learned from Zigwheels reports. The Karizma has a mixed history with lots of ups and downs since its introduction to Indian lineup in 2003. In its early phases, the motorcycle managed to carve a niche for itself in the Indian biking industry even when the premium segment was non-existent. The moniker managed to continue this success journey with two of its iterations later in time. Still, the Karizma did not be able to leverage its nameplate for subsequent iterations besides having a strong brand equity in the market.

The recently surfaced reports in meet up with Zigwheels unveils a model under pipeline to resurrect the once famed flagship. As per the company, the upcoming model will be a fully-faired motorcycle based on the Xtreme 200R platform and it is claimed to sports Karizma nameplate. 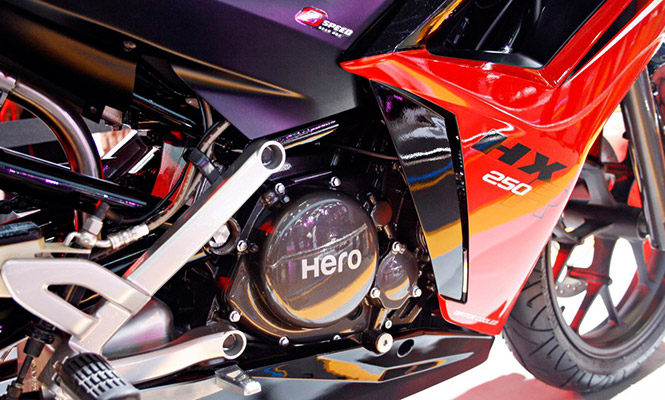 Hero’s new 200cc platform on which the company has already developed three products the Xtreme 200R, the Xpulse 200 and Xpulse 200T, will be underpinned to construct the new Hero Karizma. The Xtreme 200R is already on sale while the later Xpulse variants are slated to launch in first half of 2019. The styling of the motorcycle in question is likely to be shared with the HX250R concept which was being developed in association with Erik Buell Racing. Though the covering of the motorcycle would not be able to hold a 250cc engine.

At the powertrain, the 200cc single-cylinder motor will be shared from the Xtreme, however, the engine unit will be benefited with fuel-injection and an oil-cooling system as expected. With these host of mechanical alterations, the engine is expected to roll out the improved power figures at 18.4 PS and 17.1 Nm respectively.

The Exterior of the upcoming fully faired 200cc motorcycle will feature new styling but with retro essence. Also, there will be LED lights, all-digital instrument console, split-seats and more. Expected to carry an aggressive price sticker around INR 1.2 lakhs (ex-showroom), the new Hero Karizma will rival the competitors like Bajaj Pulsar RS200 and Yamaha R15 V3.0.