Hero Xtreme 200S Would be Hero MotoCorp's Next Flagship Product

As per the sources, Indian Two-Wheeler industry could observe the entrance of a 200cc naked streetfighter from the country's leading manufacturer, Hero MotoCorp. The Hero Xtreme 200S which were showcased at the last year auto event in Delhi is much anticipated to hit the market as the next flagship in this segment. Altogether, the increasing popularity of 200cc segment naked runners, owing to the affordable availability likes the 2017 Pulsar NS200, TVS Apache RTR 200 4V and the new KTM Duke 200, has made the bike maker roll out its product in this genre.

If we compares Hero Xtreme 200S with these range of motorcycles explained as prominent players in this space, the said motorcycle could have plus only in colour schemes and an affordable pricing end, but in terms of appearance, it is not that attractive and sportier as compared to others. 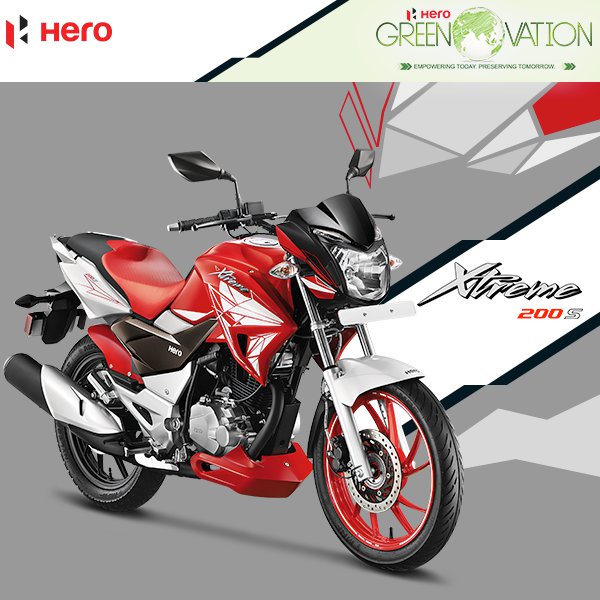 If mechanicals is being considered, the Hero Xtreme 200S would be underpinned with an air cooled carbureted engine displaced by 200cc. It is likely to churn around 18.34bhp of power at 8500 rpm and 17.2 Nm of torque at 6000 rpm. But comparatively be less in power and performance.

However, other featuring like conventional suspension setup, semi-digital instrument cluster and a set of new alloys, would be much captivating in terms of lesser pricing of the motorcycle. Altogether, the expected disc brakes on both wheels and an advanced safety of ABS will make the buyer think twice about owning this one. Price-wise, the Xtreme 200S will be priced lesser than the Apache RTR 200. While, it ABS-equipped variants would be priced under INR 1 lakh (ex-showroom, Delhi).

Hero MotoCorp Armed its Commuter Bikes with the Safety of SBS
Views: 2324