Honda Two-Wheelers has recently updated its official Indian website with two newcomers in the scooter segment. The Japanese is slowly moving towards completion of its promise made at the beginning of fiscal year, 2015. The proclamation says that the firm will be coming up with 15 new or updated products by Christmas 2015. Starting from February, 2015, HMSI had already dropped four products; three motorcycles and one scooter. Today, it has surprisingly come up with a new one and updated model of existing scooters, 2015 Honda Activa-i Deluxe and 2015 Honda Aviator. 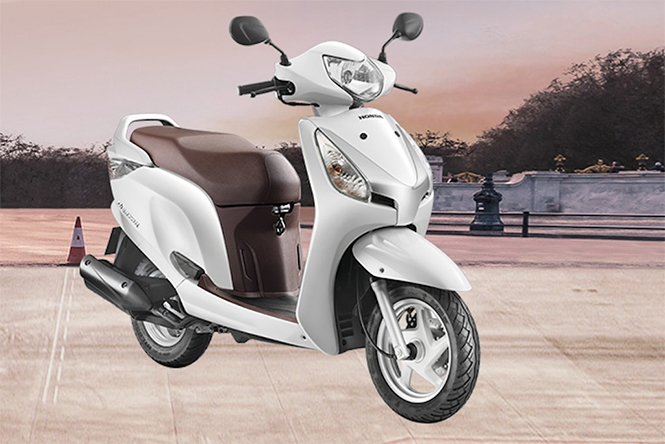 Taapsee Pannu, a famous Indian model and actress has been selected as brand ambassador for scooters, who also made her special appearance at the launching ceremony. While discussing about the newcomers, 2015 Honda Activa-i Deluxe is an all new Deluxe variant of existing Activa-i and 2015 Honda Aviator has gone through various cosmetic updates. The all new Activa-i Deluxe features a new purple color over inner body work and foot space, floral graphics to attract female customers and revised seats for more comfortable riding. It also gets new hugger fender over rear tyre, tubeless tyres and the one most attractive component is gloss black finished exhaust muffler. 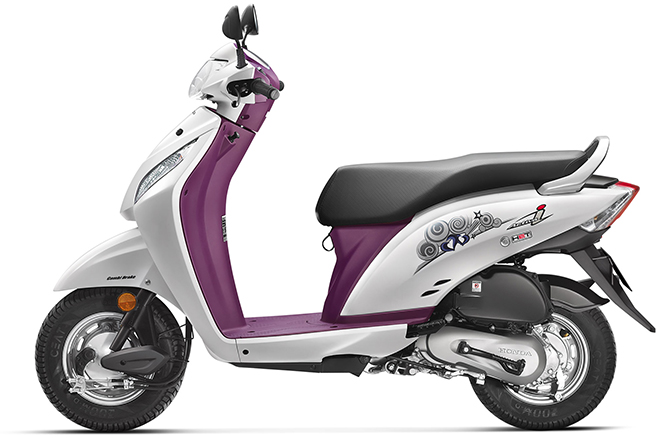 Powertrain of 2015 Honda Activa-i Deluxe comes from the very same single-cylinder 109.2cc engine, which fetches out a total power of 8 BHP @ 7500 RPM and achieves a peak torque of 8.74 Nm @ 5500 RPM, while mated to a 6-speed transmission. Whereas the 2015 Honda Aviator comes with various cosmetic upgrades along with introduction of 4 new colors, i.e. Autumn Beige, Alpha Red, Black and Pearl White. Aviator is sharing its mechanical components with existing version of Activa-i. 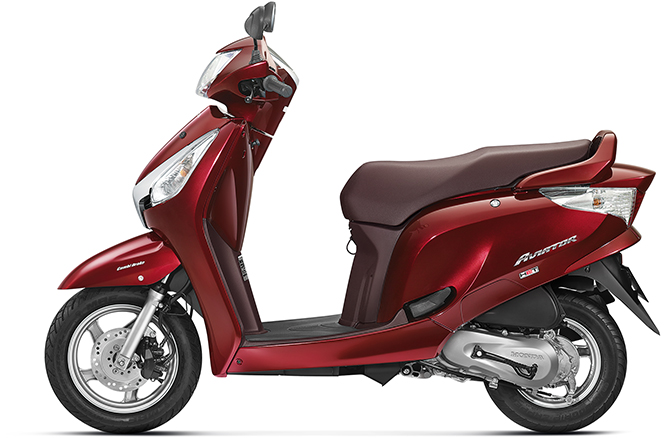