A litre-class sport naked offering from the Honda stable has hit the Indian market at the price sticker of INR 14.46 lakh (ex-showroom, Delhi). The booking for the all-new CB1000R+ has been commenced, desirables can register their choice. Earlier than this, the model was showcased in India in late last year. It is the successor of the CB1000R+ which marked its presence in the Indian biking industry after a long duration of 10 years. As compared to the last model, it is lightweight and powerful.

This naked sport carries modern classic attire at the skin. As the company claims, it is a ‘Neo Sports Café’ in terms of design which can also be seen on the model like the CB125R and the CB300R on sale in the international markets. The wheel design is new as against to the last model, it now features single-sided swingarm. At the fascia, there is a retro-styled round shaped headlamp where the instrument cluster has been updated for the 2019 model year. 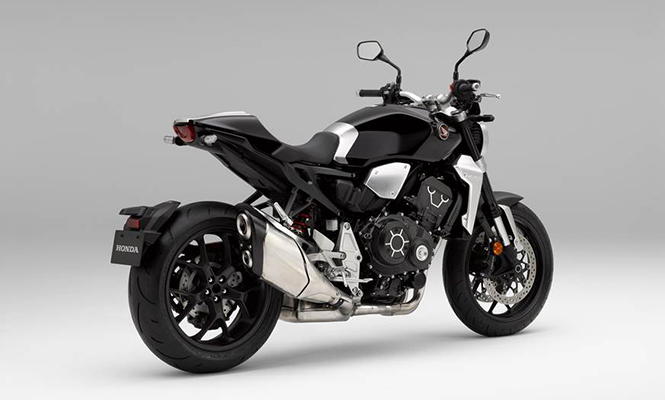 Beneath the fuel tank, the new CB is being said sharing 998c, liquid-cooled, four-cylinder motor of the Fireblade that is capable of generating 16 per cent more power and five per cent more torque in the mid-range. With this improved, new engine, the new CB will use the 143hp over 123hp and 104Nm over 98Nm of the old model. The electronic package for the bike is fully loaded with options like ride-by-wire, slipper-clutch, power settings, traction control, rider modes and engine braking settings as well.

The latest CB is based on a lightweight steel frame that aids in dropping the kerb weight of motorcycle to 212kg by reducing 12kg. The suspension setup on the motorcycle comprises a 43mm, fully-adjustable, separate function Showa fork along with a fully adjustable Showa monoshock at the rear. The braking specs on the CB also integrate ABS for precise braking.

The Indian market only received the top end '+' trim of the CB1000. It comes with the premium features of heated grips, a single-seat cowl, radiator protector, quickshifter and a few other accessories. Altogether, there are no colour options as the model is only available in Graphite Black.

From the Suzuki lineup, there are two more competitors like the Suzuki GSX-S1000 and the Katana. The former is only available on order in the country, while the latter has recently been unveiled though would join the Suzuki international lineup in coming future. For the Katana’s Indian arrival there is no information from the bike maker when it will hit the Indian market.