The 250cc compact sportsbike, Honda CBR250RR has made its debut at the ongoing 2016 GIIAS in Jakarta while the said motorcycle has already been introduced in the country a couple days before. It will take its position above the single-cylinder elder sibling CBR300R. Last year at Tokyo Motor Show, Honda has unveiled a mildly watered version of the Lightweight Super Sports concept, CBR250R.

In terms of mechanicals, the CBR250RR enfolds a 249cc twin-cylinder, liquid-cooled, 8-valve engine, which is in charge of delivering around 37-40PS of maximum power, paired up to a six-speed gearbox. The latest ride-by-wire technology is being armed to boast the motor. It is to be noted here that the power and torque figures are still not confirmed. What we have mentioned above are the supposable figures. 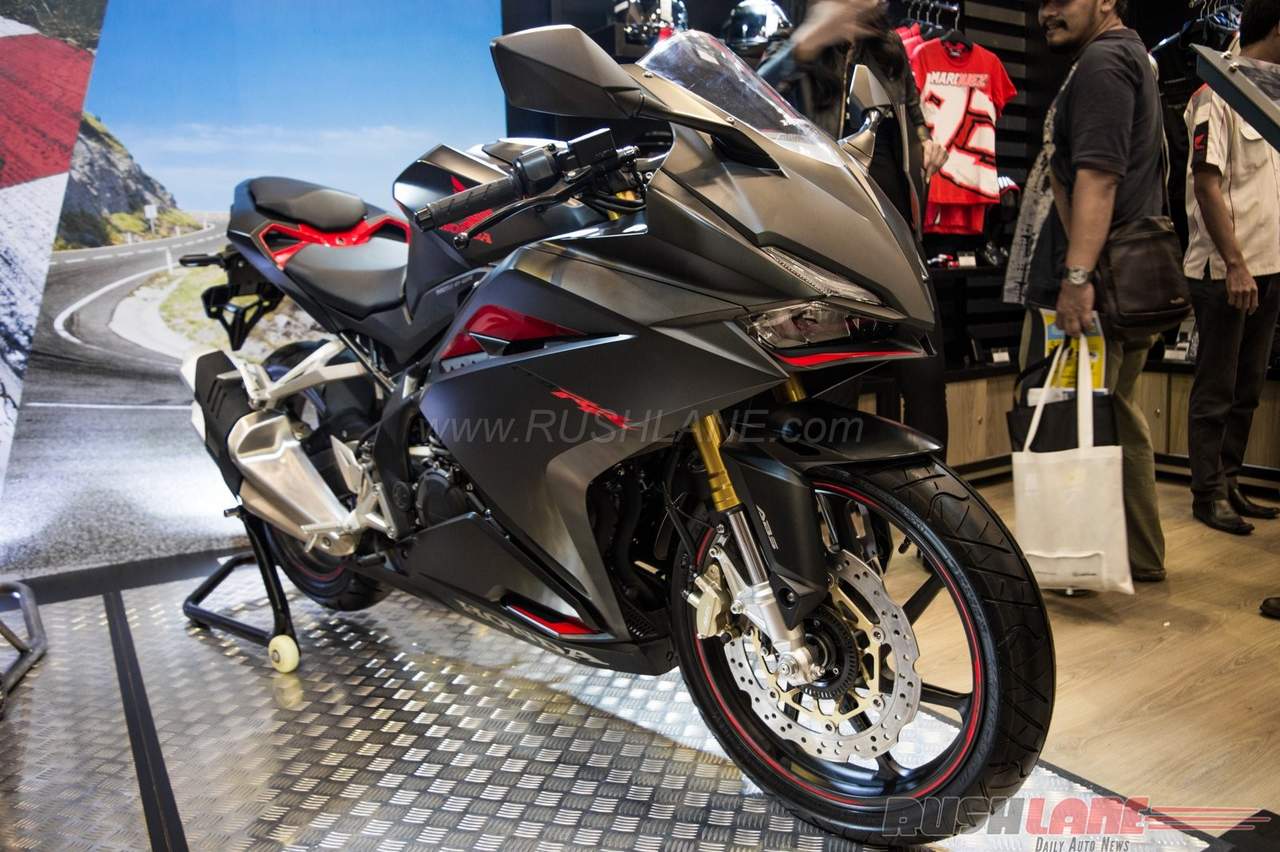 Suspension system will be under the scrutiny of an inverted telescopic front fork while an aluminum monoshock swing arm handles the rear segment. The 17-inch alloy wheels sport 110/70 front and 140/70 rear road victory rubbers.

Some of the eminent rivals of the CBR double R are the Yamaha R3, KTM RC 390, Kawasaki Ninja 300, and others positioned in the same segment. Honda has planned to build the bike in Indonesia in order to make it available for the global market, applying the same strategy as rival Yamaha R3.