The Honda WR-V Crossover is proved to be a famous product of the car manufacturer in the growing automobile market. The Jazz-based product becomes famous for its spacious cabin, rugged appeal and frugal nature that made buyers have a gaze on it. Honda recently unveiled the WR-V for IndyCar that is a turbocharged version of crossover and apparently quite strong.

The Honda WR-V Turbo Pace-Car was unveiled in Brazil at the new Honda Civic Si media drive surprisingly. This new model features many revisions to the standard model and takes all-black treatment that is exaggerated by the Honda racing red and white stickers placed on the car. The one-off model as well available along with a bigger roof spoiler and smoked tail and headlamps. 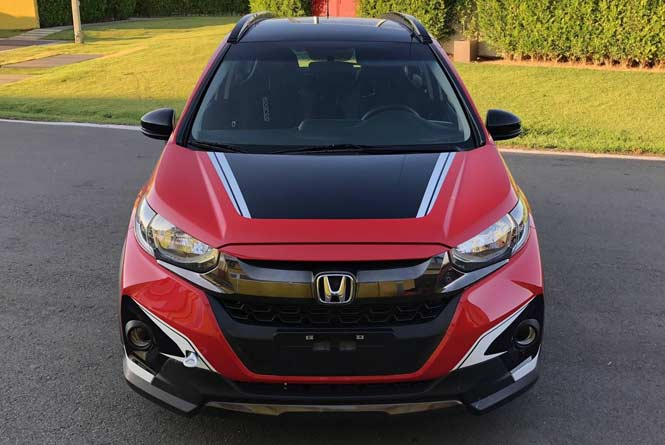 It is powered by a turbocharged 1.5-litre i-VTEC petrol engine generating 165 bhp and the company says it will tune to produce up to 211 bhp further by enhancing the turbo's boost pressure. The motor generates a peak torque of 190 Nm and comes mated to a 5-speed manual transmission. 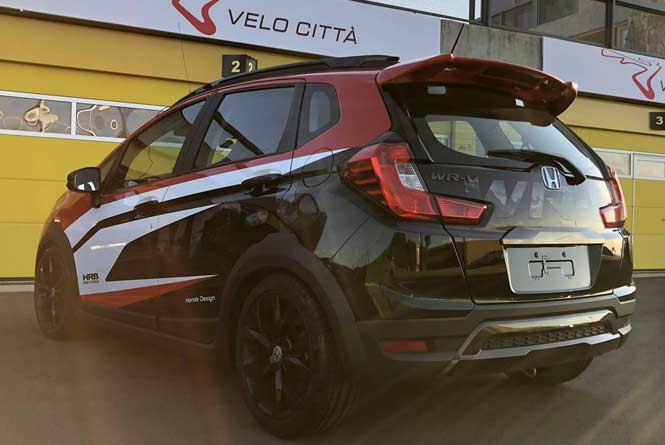 The India-bound Honda WR-V is powered by a 1.2-litre VTEC petrol engine generating a peak power of 89 bhp, whereas the other 1.5-litre diesel engine produces a peak power of 99 bhp.