Hyundai’s latest car, the 2018 Santro, has been the centre of attraction in the market as it is affordable. On 23rd October 2018, Santro was launched and the bookings for the car were opened from 10th October 2018.

However, due to the limited production capacity, the bookings of Santro has been halted for the time being.

In a very short span of time, approx. 32,000 bookings for the new Santro has been received which is a huge number for any car. With a waiting list spanding well over three months period, Hyundai has announced that it will not accept any more bookings for the car for now. The Santro made a comeback after long 6 years and already approx. 15,000 bookings were made before the launch. The reason for its success is its segment-leading features and quality internals along with an economical cost.

The Santro replaced the Eon in Hyundai’s India lineup but also it has been positioned higher than it. As per the figures, almost one in every three units sold is an automatic version and of all the total bookings and sale, CNG comprises 21 percent. Till now, more than 8,000 Santro hatchbacks have been dispatched from the plant, however, the Company has shown its Chennai based plant’s inability to meet the surging demand. 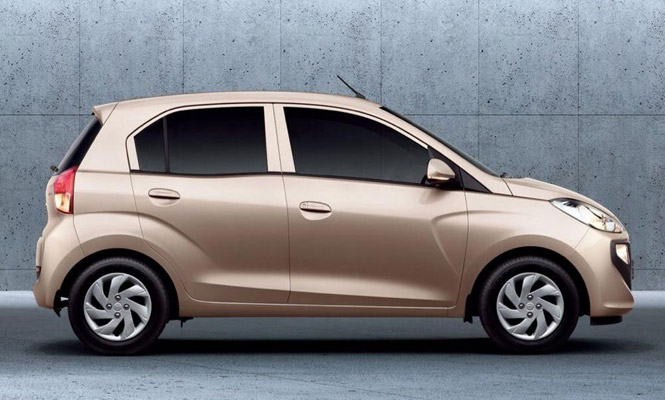 ‘Santro’ name was given to the car by the people after holding an online poll. The name became an instant hit among the masses. The car gets its power from a 1.1-litre petrol engine that gives 68 Bhp of power and 99 Nm of torque while returning a mileage of 20.3 km/l. The CNG variant is less in power but offers a great fuel economy of 30.48 km/kg. The engines are coupled to either a 5-speed AMT gearbox or a standard 5-speed manual.

The huge sale of Santro has affected its rivals in the car market. Competitors like Tata Tiago and Maruti Suzuki Wagon R saw a decline in growth of sales with the Wagon R reaching 16 month low in October. The shift in sales of these cars makes it clear that the purchasers are selecting wisely and the manufacturers must play their game accordingly to stay in the competition.

Hyundai Santro Anniversary Edition All Set to Launch Soon Ahead of Diwali
Views: 6201

New Hyundai Santro to offer AMT on its Magna and Sportz variants
Views: 2122