Honda has already cleared that new generation 2019 Honda Civic will be available in India in the financial year 2019. This comes entitled with the previous promise of Honda to launch three cars in India by FY 2019.

Out of these three cars, the second generation Honda Amaze has already being launched in India with much better response in front of its older sibling while the new facelifted CR-V is also on the brim of launch i.e. by October this year.

Now the 10th generation Honda Civic is the only one which is waiting for its turn to get introduced in India by the year 2019. Earlier in the Auto Expo 2018, the Honda has already showcased the new Civic facelift and is assured that this car will soon be getting launched in India.

While talking about the changes in the design language of Honda Civic there are minimalistic and subtle efforts done by the Honda. The upfront ‘wing’ is finished in piano black letting chrome bar go off. More angular front bumper with more and more use of chrome linings. 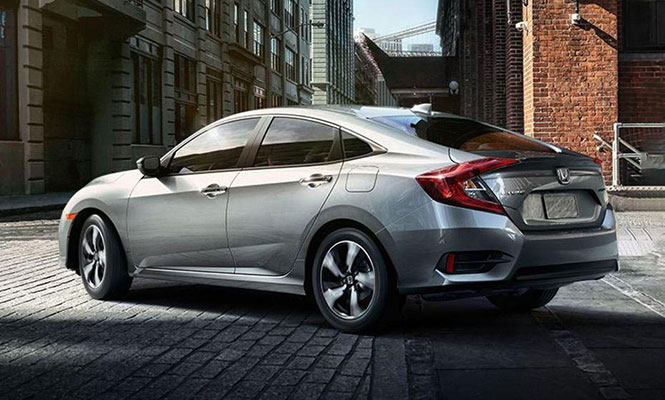 Also, there are alloy wheels with updated design including multiple features like 18-inch wheels, rear spoiler, splitter-styled rear bumper and black detailing for the front part. Inside there is a 7 -inch touchscreen infotainment system with Apple CarPlay and Android Auto expected.

India bound Honda Civic will be integrated with 1.8-litre, 140hp petrol engine, and 1.6-litre Earth Dreams diesel engine, giving out 120hp and 300Nm. It is now to see the price range where the new Honda Civic will fall as the expected price is between INR 16 to 20 lakh locking its horns with the Skoda Octavia, Toyota Corolla Altis, and Hyundai Elantra.