According to the reports of AutocarPro, Honda cars in India will begin the manufacturing of BR-V crossover at its Tapukara, Rajasthan, plant starting from April 2016. In the initial months, nearly 36,000 units of the vehicles will be manufactured each year.

The sources also revealed that Honda may replace the diesel engine with a high power one. Currently,  Honda vehicles, including Amaze, City, Mobilio and Jazz runs on 1.5-liter i-DTEC EarthDreams diesel engine. But 1.6-liter i-DTEC engine is expected to be implanted within the crossover. The similar powered engine is used in the global market too like Civic, CR-V, but it is still a mystery, whether the same engine will play the power bank of BR-V. 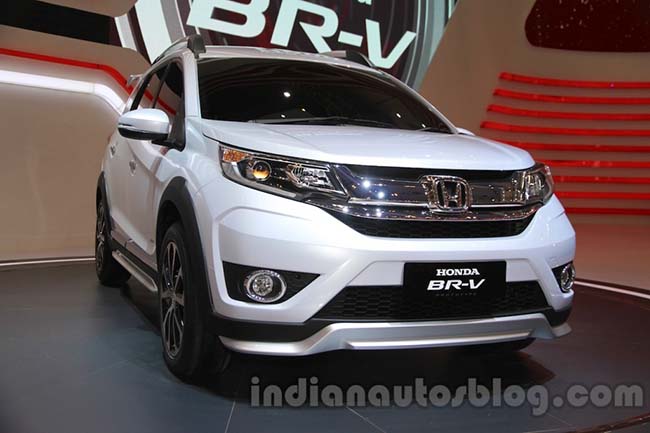 Putting some light on Honda BR-V, it was firstly showcased at the GIIMS and IIMS motorshows, held in August, this year.  From starting months of 2016, its production will start in Indonesia. The subsidiary of Honda, The local subsidiary, HPM (Honda Prospect Motor) will start manufacturing the automobile at its plant in Karawang, West Java. But it will be assembled with a 1.5-liter i-VTEC petrol engine.

The BR-V will offered with a CVT or a new 6-speed manual transmission for Indonesian market.
It will be available in three variants with a price range of Rp. 230 million to Rp. 265 million (INR 10.83 lakhs and INR 12.48 lakhs).