One of the leading motorcycle expos, Intermot 2018 has begun today (3 Oct 2018) at Cologne, Germany. The event which will continue till 7th October 2018 will display a product range of motorcycles, scooters and e-bikes from more than 1,000 two-wheeler firms across the world. The Intermot Cologne 2018 will cater expected: 220,000 visitors (including 59,000 trade visitors) with a variety of offers and outstanding events like track test of latest models. This October, Intermot will be the centre of attraction in the biking industry.

Go through SAGMart to stay updated with day by day- unveil, launches of latest/updated models alongside futuristic concepts at the exhibitors' showcase. Let's start with Day- 1 updates:

Indian FTR 1200 is a street-tracker from Indian Motorcycle with two variants- the standard and 1200 S. The base model is an all-black unit with underpinned components such as engine, wheels and exhaust setup is finished in black. On the other hand, the 1200 S range-topping variant is finished in “Race Replica” colour scheme of black and red. The underpinned chassis and rear monoshock are finished in red.

Being a street tracker model, the FTR 1200 rides on 19-inch front and 18-inch rear wheels wrapped up with Dunlop DTR-3 dual-sport tyres. Meanwhile, the upright handlebars, long tank and rearset footpegs offer an aggressive riding stance. The instrument cluster on the standard model is a 4-inch analogue unit while the 1200S boasts of a Bluetooth-enabled 4.3-inch LCD display. The bike also gets three riding modes, wheelie control, traction control and a lean-sensitive stability control system in its electronic package. 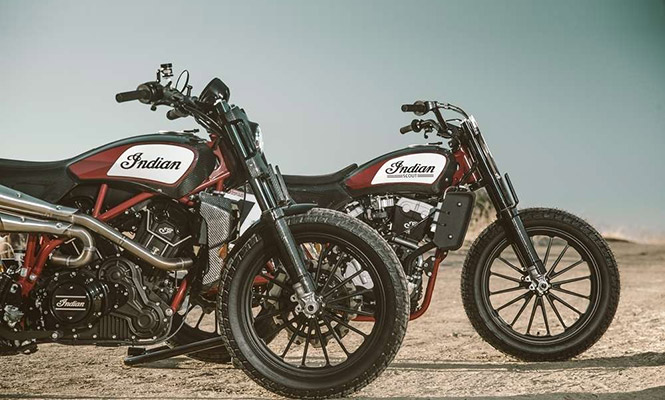 In terms of power, The Indian FTR 1200 is packed with a 1203cc, V-twin engine. Mated to a six-speed transmission with slipper clutch, the mill is rated to develop 120bhp and 115Nm of torque. The braking and suspension units are prominent setups from Brembo.

The 2019 calendar year version of the KTM 1290 Super Duke GT has been exhibited at the impending Intermot. The motorcycle has been modified with updates not only at cosmetic but also at mechanical front.

Mechanically, the observed major change is of titanium inlet valves in similar 1301 cc V-twin powertrain. An electronic adjustment made the motor churn the power of 175bhp and 141 Nm torque with the support of a two-way quick-shifter. In addition to this, a semi-active suspension unit from WP is all new. It allows rider made preload adjustments as per his suites just with a single button push. While, gizmos such as braking, traction control and riding modes are managed via IMU-controlled electronic package. 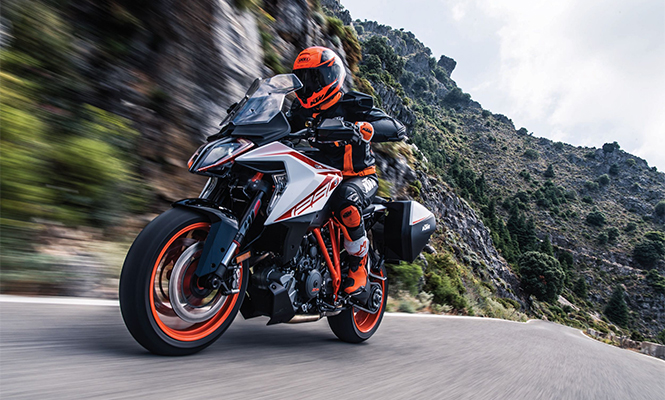 Apparently, a LED headlamp, 6.5-inch TFT display and windshield are new attachments which enhances the appeal of the 1290 KTM Super Duke GT. The windshield can easily be adjusted via a single hand at different suggested positions. Other features which will help you offer a convenient ride with provided storage spaces on either side of the fuel tank, a USB charging port in any of these spaces and heated handlebar grips as standard. With these updates, the 2019 KTM 1290 Super Duke GT is not likely to get over priced with the price tag of the ongoing model.

Based on the GSX-S1000, the 2019 Katana is a resurrected sports runner from Suzuki. The motorcycle is not only using the moniker but also the style cues from the original ’81 Katana. The attention seeker which possess sharp lines and creases across the bodywork is equipped with LED headlamp and distinct split-tail lamp setup. The red colour brand logo and model letterings are all similar to the earlier Katana model. 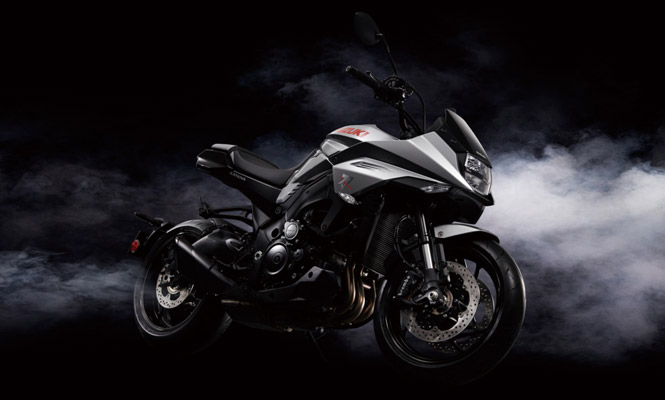 Beneath the fuel tank, the 2019 Katana is laden with a 999cc, inline-four engine of the popular GSX-S1000. Coupled with six-speed transmission and slipper clutch, the mill is rated to develop 150bhp along with 108Nm torque. Among gizmos, the attributes like a three-mode traction control system, LCD instrument display and ABS (standard) will be offered as electronic aids.

In its bike category, the 2019 Katana will pose threat against direct rival the Kawasaki RS900. While its arrival is suspected sometimes around next year in India.

At the ongoing Intermot Motorcycle Show 2018, the Italian bike maker, Aprilia confirms the Tuono V4 1100 resurrection with semi-active Ohlins suspension for the Factory variant. The model is being offered in variants like the RR and the Factory, and it will be a key aspect to differentiate both the models. 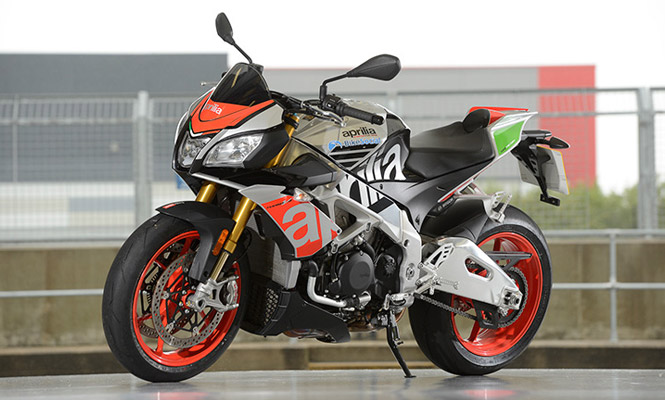 The 2019 Aprilia Tuono V4 Factory variant which will be painted in black and red colour option with Superpole graphics. The motorcycle furnishes equipment like an electronically adjusted steering damper, USD forks upfront with improved travel range and a semi-active rear shock with TTX technology. One can adjust preload on rear suspension via an alien key. 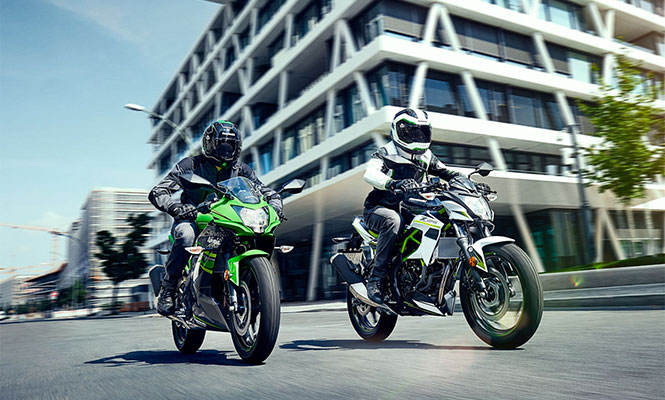 Draped in green and black paint scheme, Kawasaki Ninja 125 is a bike with forward riding position settled at 785mm. Its counterpart, Ninja Z125 that is a streetfighter offers more relaxed riding posture with a seat height of 740mm. The motorcycle furnishes a largely LED headlamp, bigger fuel tank, and wider rear tyres as a shared component.

Based on a tubular trellis frame with box type swingarm, both the bikes underpins similar engine, transmission, exhaust and braking system. While the rider’s aid ABS (Dual-Channel) is a standard fitment. Bolted 125cc liquid cooled engine underneath the fuel tank is claimed to make out 11.7 Nm @ 7700 rpm and 15 PS 10,000 rpm via a mated 6-speed gearbox.