Well, as far as the external specs are concerned, the Sport Plus variant will feature 16-inch alloy wheels, black roof rails, reverse parking sensors, and ‘Sport Plus’ badging on the tailgate. Insider the hood, we can expect a 5.0-inch touch infotainment system, and dual-zone climate control, which could be controlled through the touchscreen display. The safety features in Sport Plus variant include ABS, ESC, traction control, and safety airbags. The other features include front and rear armrests, electrically adjustable ORVMs and remote keyless entry.

Read Also:- Audi, Lamborghini, Porsche, Skoda, VW To Merge In One Entity Under One Leadership 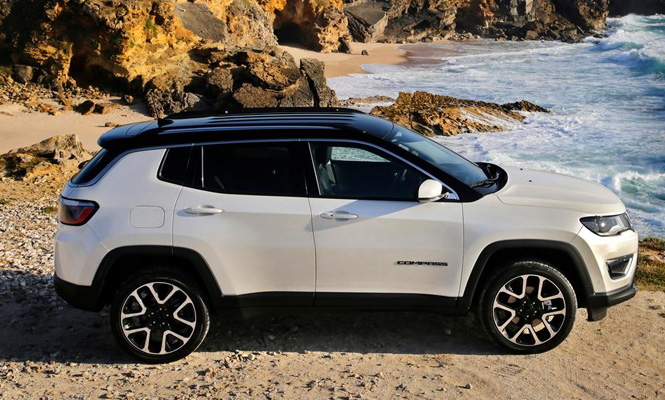 Talking about the mechanical specs and performance, the Sport Plus variant will be available with two engine options-63hp, 1.4-litre turbo-petrol engine and a 173hp, 2.0-litre turbo-diesel motor. Both the powertrains come mated to a 6-speed manual gearbox, unlike the higher variants of the petrol Jeep Compass, who comes with a 7-speed dual-clutch automatic gearbox.  A slight bump in prices is also expected in the Compass Sport Plus variant in comparison to the base trim.

Jeep has been seen working relentlessly to boost the sales of the Compass buoyant owing to the tougher market competition from Tata Harrier. A couple of months back, Jeep has also launched mid-spec Longitude (O) variant of the Compass petr-automatic, which has earlier available with the diesel engine only. Talking more about launches, a new diesel-automatic Compass is also expected to be launched alongside the off-road focussed Trailhawk in India by Jeep.

Jeep Compass Limited Plus Edition To Come in October
Views: 3089