The impending Auto Expo 2018 is likely to shower a new and improved range of automobiles on the Indian soil. The prominent performance motorcycle manufacturer from Japan, the Kawasaki is also in the list of global auto majors which will exhibit and launch their new span of products. The models those are expected to mark their presence for the first time in front of Indian audience will comprise new Ninja 400, the Ninja ZX-10R SE, touring focused Ninja H2 SX variant along with a road-legal enduro motorcycle – a segment first – from Kawasaki. 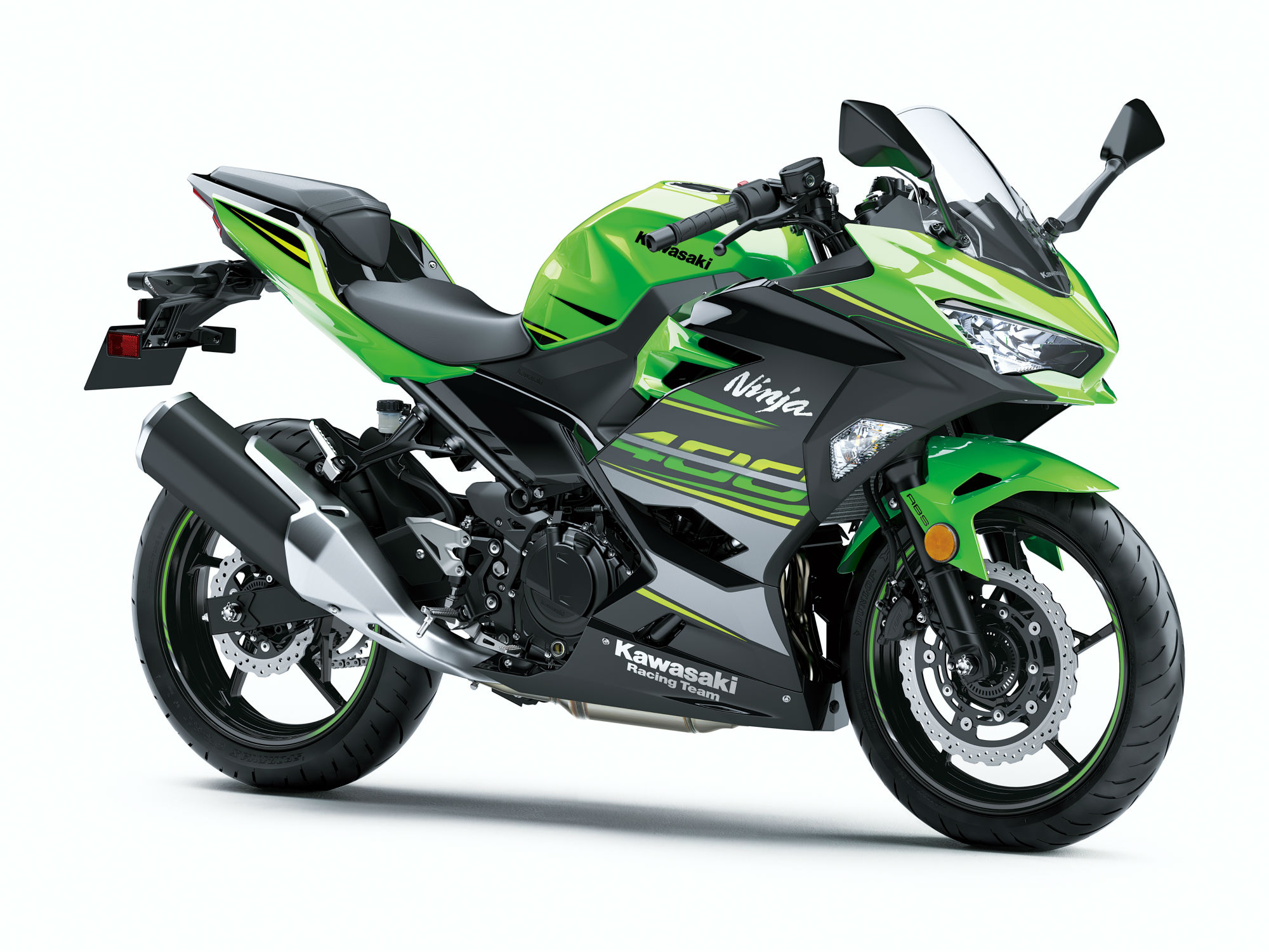 Based on a new steel trellis frame, Kawasaki Ninja 400 comes packed with an all-new 399cc parallel-twin engine as a stressed member. The motor is responsible for developing the claimed power of 45hp along 38Nm of torque. The mill’s allocation as a stressed member helps in keeping the weight of the bike in check at 168kg that is 6kg lesser than the Ninja 300. For braking, a larger 310mm disc in connection with Nissin ABS is equipped with the front wheel. While the introduction of assist and slipper clutch will make clutch pull much smoother than ever. Style-wise, the motorcycle wears ‘large-volume bodywork’ which incorporates the Ninja H2 inspired ‘chin-spoilers’ and the twin-LED headlamp underneath. Altogether, the body aids in offering great wind protection. Other than this, the instrument cluster on the bike is shared from the Ninja 650. The Indian emergence of the Ninja 400 is yet unclear as Kawasaki had launched its younger sibling the Ninja 300 in an improved avatar with BS-IV compliant engine. Whether the Ninja 400 could be considered as a replacement for the available Ninja 300 in the Indian market owing to being featured with ABS that is going to be compulsory in here soon. If it happens, the 400 will be priced costlier over the pricing of the Ninja 300 that is INR 3.6 lakh (ex-showroom, Delhi). The Kawasaki Ninja ZX-10R SE is a new variant under the Ninja ZX-10R moniker which gets additional features that enhances the bike’s track abilities. In the checked list, there is an electronic semi-active suspension shared from the brand’s Superbike World Championship race bike. This Showa suspension setup which gets Balance Free Front Fork and BFRC-lite shock are constructed similarly as of the one used in Kawasaki’s WSB Ninja ZX-10RR race machines. Other than this, it is the first time when the company used its patented Kawasaki Electronic Control Suspension (KECS) technology into the suspension that responds quickly to offer calculated damping with the support of built-in stroke sensors and adjustment solenoids. Powering responsibilities are under the care of engine borrowed from the 10R. The mill is capable of producing 207hp at 13,000rpm (with ram air) and peak torque of 113.5Nm at 11,500rpm. Moreover, it gets a new colour, an up-down quick-shifter and new light-weighted seven-spoke Marchesini forged wheels. At the impending Auto Expo, it is also expected to share the platform with its other siblings. 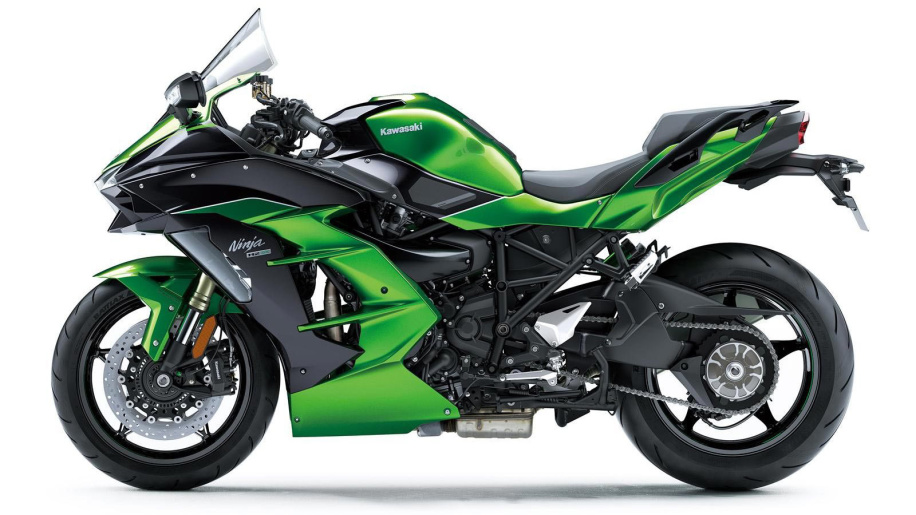 Kawasaki Ninja H2 SX is a new member of the Japanese automaker’s lineup and available on sale at the global front in two trims- the SX and the SX SE. In India, it is likely to be showcased at the 2018 Auto Expo. In terms of riding, it is much touring friendly and offers improved fuel mileage. To transform the Ninja H2 into the H2 SX trim, the automaker alterations at both the designing and performance front. the performance is altered by incorporating components such as new cylinders, piston, head, camshaft, and supercharger. The similar engine unit now produces power at the mid and low rev range too. The bike is based on a new trellis frame that is connected to a rear sub-frame to handle the increased load. It is around 18kgs heavier than the standard H2 besides receiving additional fairing and touring add-ons. The SX SE variant features LED cornering lights, Kawasaki first colour TFT LCD instrument cluster, an up-down quick-shifter, heated grips, larger windscreen and Kawasaki Launch Control Mode(KLCM).

In this dirt bike segment, the Indian market has already witnessed the emergence of numerous non-road-legal, dirt bikes from the bike maker. Kawasaki’s dirt bikes lineup in the country includes the small KLX 110-brought in late 2015, the next to join this was the motocross-style KX100 and KX250F in December 2016. Later in January 2017, the off-road, trail-style KLX 140G followed the later one. After this, the new KX250F, KX450F, and KLX450R were introduced by the brand. Expectations are all these mentioned models along with few new models can be put on display at the 2018 Auto Expo. 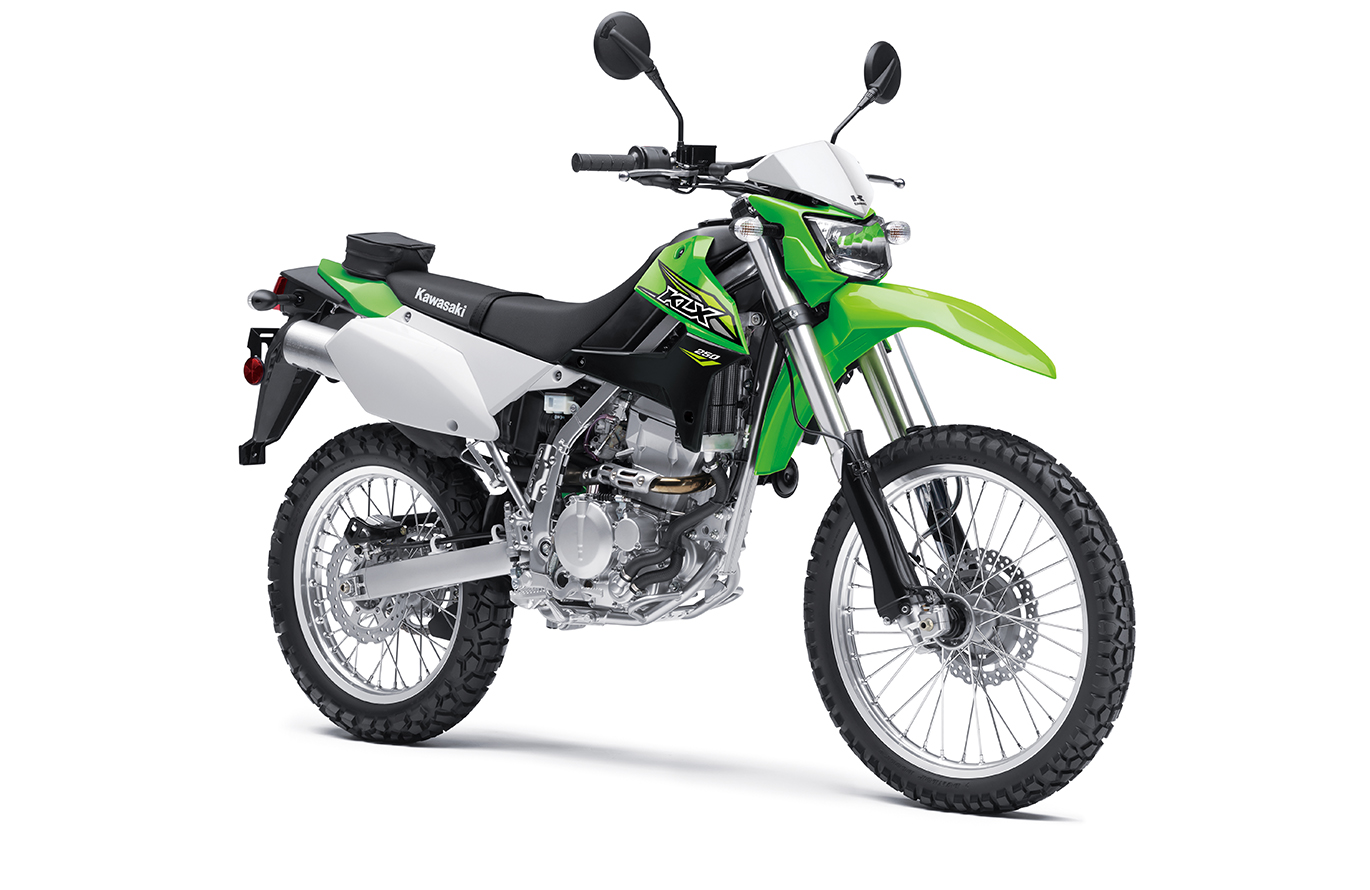 Moreover, the introduction of 2018 KLX 250 is also likely at this upcoming event. Chances are the brand’s first road-legal dirt/enduro bike could also join this at the event, that will make the Kawasaki the first brand to offer the product in the segment.