2019 Kawasaki Versys that’s launch has already been announced back in November 2018. The pricing for the model has been disclosed by the automaker. Desirables can opt this adventure sports at the price tag of INR 10,69,000 (Ex-Showroom, Delhi). While the pre-bookings are already open since its announcement at the token amount of INR 1.5 lakhs. Expected to deliver from 2019 March onwards, the motorcycle is being offered with the colour options of pearl flat stardust white / metallic flat spark black colour. 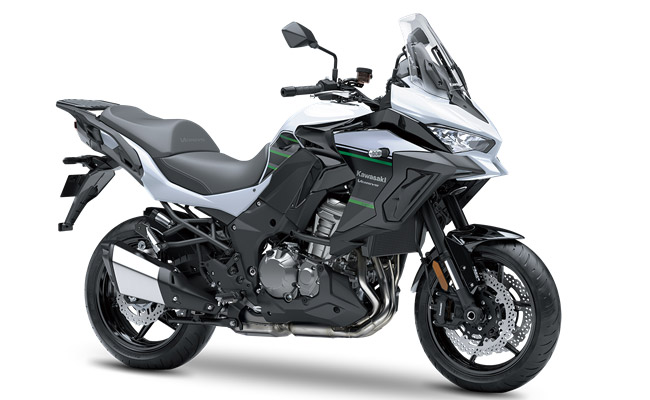 Naoki Matsumoto, Managing Director – India Kawasaki Motors Pvt. Ltd., touted for the motorcycle, “The bespoke Versys 1000 has a style of adventure model, but it is most suited for sport riding and long touring. Technically, it is a crossover from the Ninja 1000 with a purpose of thrilling performance with everyday versatility. I hope our customers explore endless possibilities with the Versys 1000.”

The amalgamation of attributes such as cruise control, cushy seating and height adjustable windscreen makes Versys 1000 a convenient and comfortable prospect for a long touring. While its tyres setup makes it a superb bike for cornering. Also, it is well-known for high-speed stability. Built on an aluminium twin-tube platform, Kawasaki Versys 1000 packs a liquid cooled, inline four 1043 cc engine recognized for powering Kawasaki Ninja 1000. The mill is rated to return the max power of 120 hp along with 102 Nm of peak torque. Also, the power delivery is seamless across the rev range.

The suspension setup is an updated offering while the braking incorporates radial-mount front brake callipers. The twin LED headlamp setup and power source/ socket are among 2019 Versys 1000’s major highlights.