The smaller displaced tourer from the Japanese motorcycle maker is silently waiting behind the curtains for its official announcement. Here, we are talking about Kawasaki Versys 650, younger sibling of liter-class tourer Versys 1000. Versys 650 has already reached Indian shores last month for homologation purpose or R&D. Kawasaki India Motors is taking pretty much interest in the expansion of Indian product portfolio as Ninja H2, the Supercharged liter-class motorcycle, has already made its appearance in the month of April, 2015. 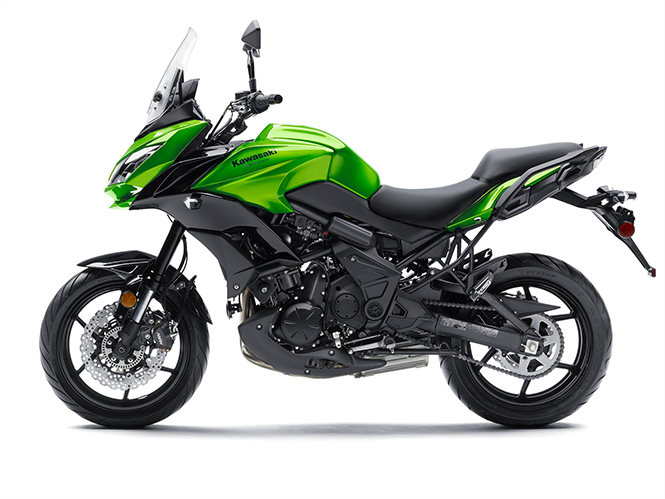 While talking about the mechanism of tourer motorcycle, Versys 650 is powered by a liquid-cooled, parallel-twin, fuel-injected motor configuration. The 649cc displaced engine is tuned to fetch out a total power of 68.1 BHP @ 8500 RPM and achieves a peal torque of 64 Nm @ 7000 RPM, while coupled to a 6-speed transmission. The stopping power comes from dual disc brakes at front and single disc brake at the rear, but for an Indian version Kawasaki hasn’t put ABS on charts, not even as an option. However, Ninja 650 and Er-6n also made its availability in Indian market without ABS, which is really depressing for these levels of motorcycles. 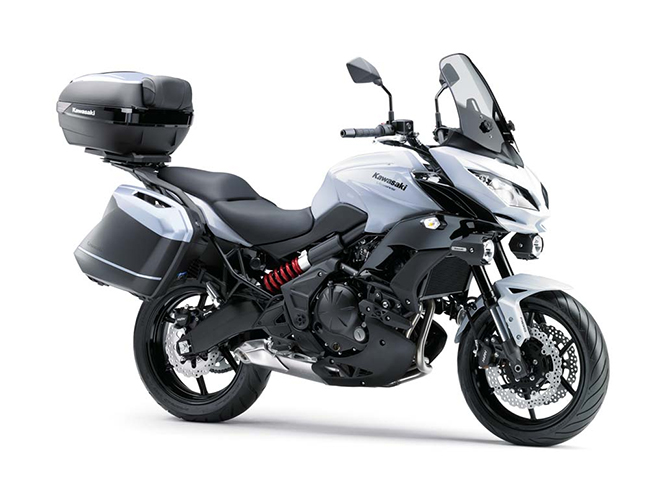 Being a tourer motorcycle, Kawasaki has designed this motorcycle around a high-tensile double pipe diamond frame which is further accompanied with hydraulic telescopic forks at front and offset laydown monoshock setup at the rear. The firm has fitted high-quality tyres in Versys 650. Cosmetically, it also features twin LED headlamps carried by aggressive cowl and a large height-adjustable wind-screen. The upright riding position is provided by stepped and split seat along with incorporating foot-pegs. After having several motorcycles in tourer segment, the companies are now giving a wide range of choice top select from and this equally increases the competition too.

Stay tuned with SAGMart to know more about the launching date of Kawasaki Versys 650.