The Pune based Kinetic MotoRoyale group which announced for launching seven new motorcycles and tie-up with three new motorcycle manufacturers on October 11, has eventually done. These new manufacturers are the SWM, FB Mondial and Hyosung, which was earlier a part of the DSK Group. While their first products in the Indian two-wheeler markets are the SWM SuperDual T, the Hyosung Aquila 650 and GT 250 R, the FB Mondial HPS 300 as well.

Check out the brief overview of all the models

SWM SuperDual T is an adventure motorcycle from the Italian brand which asks for INR 6.80 lakh for the base trim and INR 7.30 lakh for the range-topping model (ex-showroom).

In this price range, the SuperDual T will see competitions with the likes of adventure tourers available in the market like the Suzuki V-Strom 650XT (Rs 7.46 lakh, ex-showroom, Delhi) and the Kawasaki Versys 650 (Rs 6.69 lakh, ex-showroom, India).

The Superdual T is powered by a 600cc, single-cylinder, four-valve DOHC, liquid-cooled motor. The engine churns out 57hp and 53.5Nm of torque via a mated 6-speed gearbox. The suspension components on the ADV comprises a 45mm, rebound-adjustable, USD forks along with an adjustable monoshock handle suspension. The bike offers 210 of the suspense travel at the front and 270mm at the rear.

It is a race focused iteration of the already available MV Brutale 800. It is priced at INR 18.99 lakh (ex-showroom) with two colour options-White black and red-black. Aesthetically, the Brutale 800 RR shares detail cues from the standard Brutale 800. However, the aspect which distinguishes both the bikes is the RR badging on the fuel tank. Whereas, the aesthetic bits like the oval-shaped headlight with LED DRLs, the sculpted fuel tank, single-sided swingarm and the gold-finished three exhaust setup are carried forwarded as it is.

Beneath the fuel tank, the similar 798cc, inline-three, liquid-cooled engine of the standard version performs propelling duties. The engine has been tuned to develop the mind-boggling power churn of 142PS at 12,300rpm and 87Nm of peak torque at 10,100rpm. The engine comes mated to a slipper clutch-actuated six-speed gearbox with a quick-shifter. In addition to this, the RR is claimed to attain the top speed of 244kmph.

At the front the Brutale 800 RR get suspended on USD forks upfront with preload-rebound adjustability, sourced from Marzocchi. While at the rear, a fully adjustable monoshock from Sachs complete suspension setup. Brembo sourced twin disc setup comprising 320mm unit at front and a 220mm unit at the rear handle braking duties.

The limited editions of Norton Commando Sport MK II and Norton Dominator, has been launched in India at the pricing of INR 20.99 lakh and INR 23.70 lakh (ex-showroom) respectively.

Let me tell you that both the bikes will be landed to the Indian soil in a limited count of 19 and 18 units respectively. The Norton Commando is a modern classic that comes embellished with an eye catchy black finish with graphics. Consisting a hand painted British flag on the fuel tank along with a customer name and a serial number as well stencilled on the bike. The Dominator, on the other hand, is an old-school cafe racer that comes finished in a flashy aluminium paint job while the components such as clip-on handlebars and a small flyscreen are an add-on to its retro appeal. 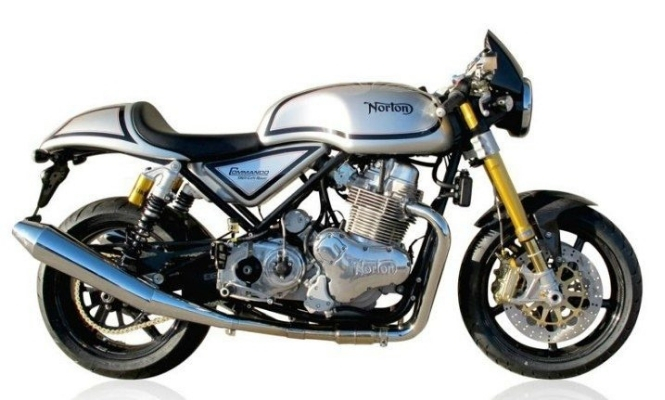 A 961cc, air-cooled, parallel-twin engine power bikes with the churn output of 80 PS at 6500rpm along with 90Nm of torque at 5200rpm. The power is sent to the rear wheel via a mated 6-speed gearbox. In the segment, the Norton Commando 961 and the Dominator stand against rivals the Triumph Thruxton R and the BMW R nineT Cafe Racer respectively.

Crafted following a minimalistic design language, the FB Mondial HPS 300 is a smaller scrambler from an Italian manufacturer. Here it retails at INR 3.37 lakhs (ex-showroom Pune). It is cheapest of all new motorcycles launched by Kinetic MotoRoyale Group under an umbrella. Few of bikes vital components like the off-road tyres, a single seat and the dual exhaust setup enhances the scrambler appeal of the Mondial HPS 300.

A 249cc liquid-cooled single-cylinder unit powers bike underneath the fuel tank. The association of a six-speed gearbox and powertrain deals with 25hp and 22Nm of peak torque. Whereas, the Scrambler offering gets suspended on a 41mm USD forks at the front and dual shocks at the rear. A single disc of 280mm at the front and a 220mm at the rear handle the braking responsibilities. The riders aids of ABS is being offered as a standard feature. 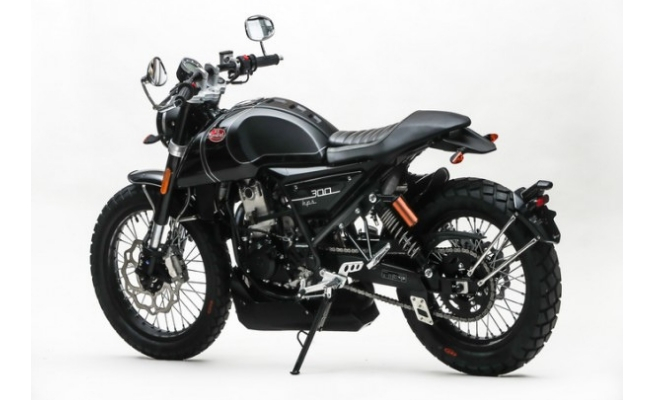 The FB Mondial HPS 300 that will be CKD imported unit has hit the booking counter. Desirable can book online for the motorcycle which will fight with the BMW G310GS due to not having a direct rival in the segment.

Hyosung, the Korean carmaker that has started its second inning in the Indian two-wheeler market with Kinetic MotoRoyale Group rolled out the rivals for motorcycles like the KTM RC200, the TVS Apache RR 310, and the Kawasaki Vulcan as well. Its recent launches including the Hyosung GT 250 RC and 650 Aquila Pro are the respective opponents at the retail price of INR 3.39 Lakh and Rs 5.55 lakh (all prices are ex-showroom, India).

The Hyosung GT 250 RC is bolted with a 249 cc, twin-cylinder fuel-injected, oil-cooled engine. The mill pumps out 28 bhp and 22.07 Nm of peak torque with the sport of a five-speed gearbox associated to a wet-multiplate clutch. The bike with the 17-litres fuel tank is capable of returning 30 kmpl of fuel economy. 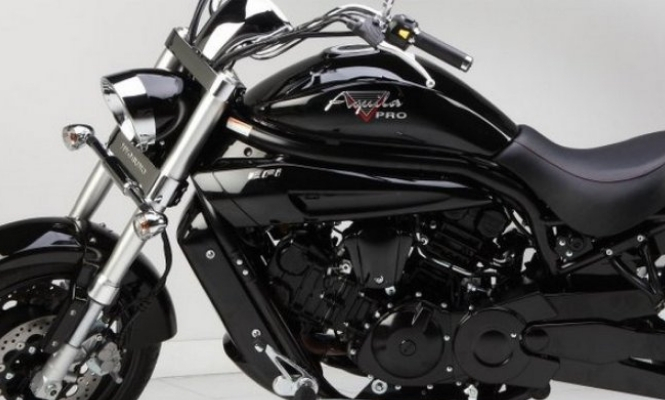 The suspension components, inverted telescopic forks up-front in collaboration with a hydraulic mono suspension at the rear, absorb damps on the Hyosung GT 250 RC. Its 17-inches wheels are armed with 300 mm dual-disc brakes at the front and a 230 mm single disc brake at the rear.

The 650 Aquila Pro, on the other hand, is laden with a 647 cc, twin-cylinder liquid cooled engine. Mated to a similar five-speed gearbox and wet-multiplate clutch, the engine spits out the maximum power of 74 bhp and 62 Nm of peak torque. The fuel economy for this cruiser bike is 18 kmpl. An upside-down telescopic fork up front and hydraulic double shock absorbers at the rear handle suspension duties. While the 300mm dual discs at the 18-inch front wheel and a 270 mm single disc on the 17-inch rear wheel are equipped to control the pace of the 650 Aquila Pro.