On one side, where the KTM 1190 Adventure R has been spotted in a local dealership; on the other hand, the elder brother has found its way to get entrance in the country. Although, the import data doesn't reveal any detail about the imported motorcycle, but a fan page over Facebook has posted a picture showcasing an imported unit of the KTM 1290 Super Adventure. Indian Racing Bazaar has posted a picture of assembled motorcycle, getting unwrapped. This concludes that the Adventure motorcycle will be brought down via the CKD route and then gets assembled locally. 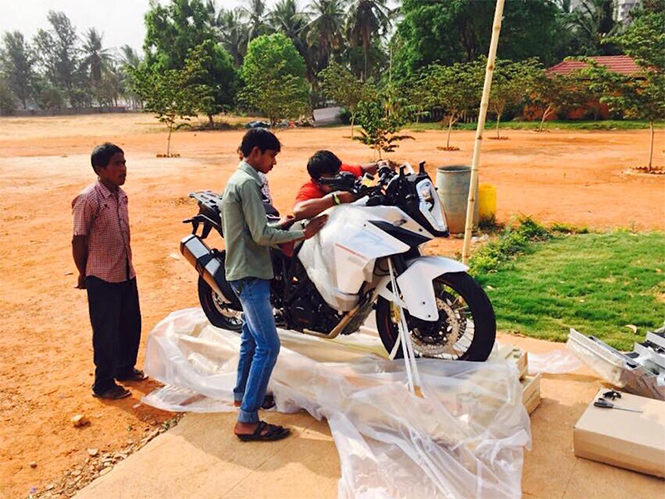 The KTM 1290 Super Adventure will be making its appearance in the country carrying a price tag of approx Rs 10 Lacs (On-Road). Mr. Stefan Pierer, CEO of KTM had previously said that the firm is planning to introduce its Adventure series of motorcycles in India, but as of now, there is no prompt-up plan of launching. However, the customer list of the Adventure-tourer motorcycles is not as long enough, but unlocking this segment in the country will surely lead the market situation in a different way, and increasing the demand in the coming future.

Mechanically, the KTM 1290 Super Adventure is powered by a 75-degree, V-Twin cylinder engine carrying an engine displacement of 1301cc. The liquid-cooled, spark-ignition engine is tuned to deliver a maximum power of 160 BHP. Being an adventure tourer, it has acquired high-quality suspension and chassis. The motorcycle is built around a Tubular space molybdenum steel frame, which is further incorporated with WP catered Semi-Active USD suspension at the front and monoshock at the rear. The stopping power has been taken care by 4-piston calipers, twin-disc brakes at the front and two-piston, single-disc at the rear; incorporated with ABS. 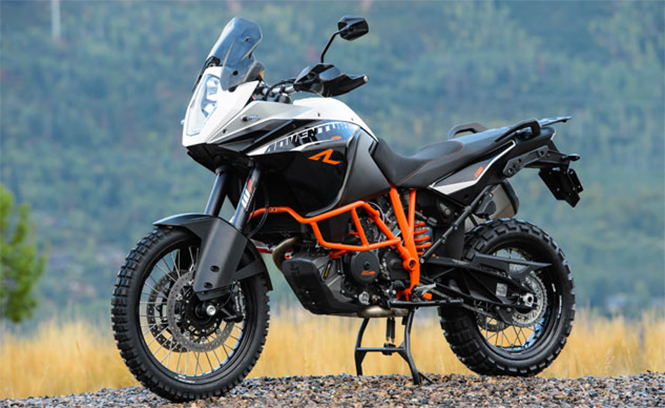 Apart from these, the firm has installed various enhanced components in order to achieve better riding quality such as Traction-Control system, cruise control, WP Semi-Active suspensions and several riding-modes. Being a tourer motorcycle, it is also equipped with bar-heaters, 12-volt sockets, comfortable seat, long-sized visor and pannier section.