The Austrian motorcycle manufacturer is continuously planning to expand its product portfolio for Indian enthusiasts. After offering a limited range of small displaced sports motorcycles, KTM is now looking forward to launch the winning leaders of this segment as well as Adventure too. Following the success of KTM Duke Series and RC Series of sports motorcycles, the bigger engine displacement motorcycles have already started finding their way towards the country. KTM 1290 Super Duke R and 1290 Super Adventure will be next in the list of upcoming motorcycle for Indian fanatics. 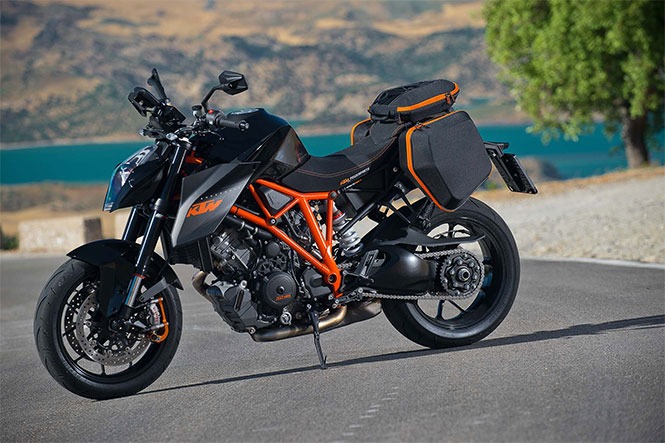 KTM 1290 Super Duke R is the segment leader in naked sports motorcycle series carrying a heavily loaded engine. Being a segment leader, it is powered by a liquid-cooled, 75-degree, V-Twin motor configuration along with an engine displacement of 1301cc. The firm’s flagship naked street-fighter is tuned to churn out a maximum power of 180 BHP, while mated to a 6-speed transmission. Riding quality given to this motorcycle has been taken care by Motorcycle Traction Control and Supermoto mode offering along with three riding modes. The two-channel Bosch ABS will let you do cornering as well, while speeding on highways. 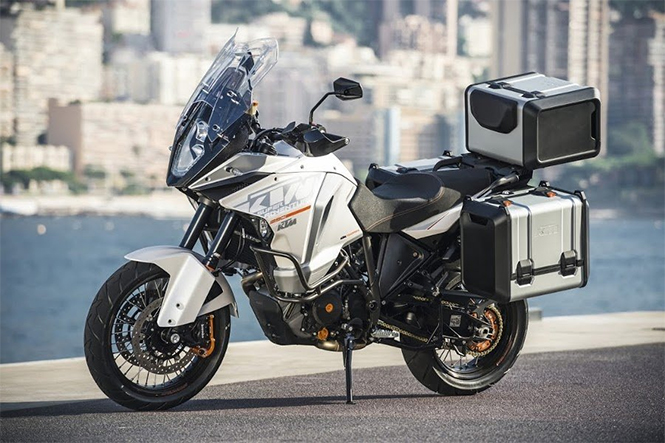 Moving towards the KTM 1290 Super Adventure, being an adventure tourer it is designed around a chrome-molybdenum steel tubular space frame, which is further incorporated with travel suspension. Featuring a liquid-cooled, V-Twin motor, it gives an engine displacement of 1301cc, which is capable to produce a churning power of 160 BHP. The travel adventure motorcycle is equipped with WP suspensions, 9ME Combined Bosch ABS, Tyre Pressure Monitoring System (TPMS) and MSC. As a tourer adventure, KTM has fitted a 30-litre fuel-tank capacity in the motorcycle for longer travels.

Both these higher displaced motorcycles will be entering the country via CBU route and likely to be announced officially by the end of fiscal year, 2015. Stay tuned with SAGMart to know more about these upcoming naked street-fighter and tourer adventure motorcycle.

KTM RC Series or KTM Duke Series? Which one you should go for?
Views: 11036