The KTM 390 Adventure is one of most the awaited bikes that has been seen for the first time in Indian roads in spied testing. The exact location of spy testing is mysterious right now but it is assuming that the bike was being tested near Bajaj's Pune R&D facility.

The spied testing images of the KTM 390 Adventure reveals that the bike has plenty of camouflage and looks like it is ready for the production purpose. It is pointing towards that bike has been in the final stage of testing and expected to be unveiled in the coming months. 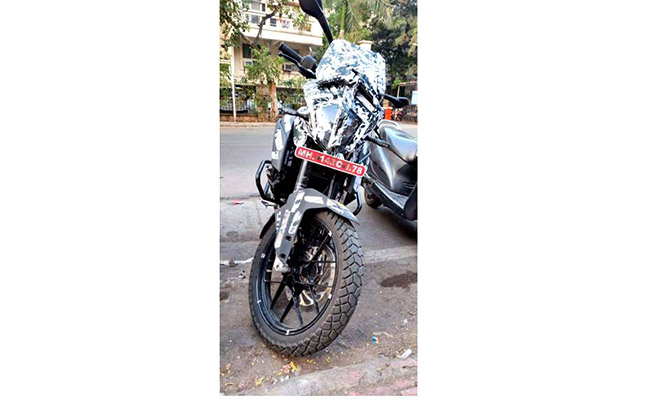 The KTM 390 Adventure will have the same set of engine specifications that we have previously seen on the KTM Duke 390 but in a different state of tune. The KTM Duke 390 has been embedded with a 373cc, single-cylinder liquid-cooled engine that delivers 43bhp of power and 37Nm of torque. The transmission duties will be carried out by 6-speed gearbox with a slipper clutch but the bike will have different gear ratios. The bike will come with a larger fuel tank to enhance the customer base of the bike.

It is anticipated that the KTM 390 Adventure will be priced under Rs 3 lakhs which will face stiff competition from BMW G310GS and the Kawasaki Versys-X 300 in India.

The KTM 390 Adventure takes the design inspiration from the 1290 Super Duke in terms of style/ appearance, especially at the front side. We can see in the spied testing images, the seat of the bike is large and wide which would provide comfortable riding on long distance rides. It is seen that the fuel tank of the bike is also larger than the KTM 390 Duke. The bike is said to feature large grab rails, dual-purpose tyres, engine guard and long travel suspension setup. It will come with the TFT instrument cluster. While there were no alloy wheels on it making it vulnerable for 2 different variants on option.